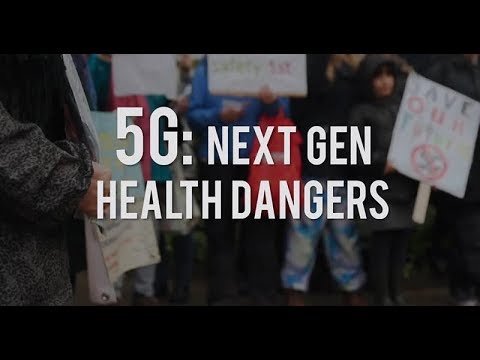 Find out what the establishment wants to hide about 5G network technology dangers & health risks.

This short documentary movie exposes the health dangers of 5G networks and why this dangerous technology is a new source of “electromagnetic pollution” that poses grave danger to human health.

The tech industry is fully aware of the health dangers, but is pushing 5G hard anyway, censoring critics of the technology and trying to silence the science that exposes the public health risks associated with it.

Unlike 4G and previous technologies, 5G focuses a tight beam of cancer-causing energy at your mobile device, which is usually held right next to your head. The shorter wavelengths used by 5G result in higher energies and higher health risks for all those who are exposed to the beams. More importantly, just walking around a city where 5G is active means your body can pass through a 5G energy beam that’s being used by someone else.

The evidence of public harm stemming from 5G exposure is so great that even the mainstream science publication Scientific American has openly warned that 5G could devastate public health: https://blogs.scientificamerican.com/… (https://archive.is/jOTp0)

Due to Health Concerns, Brussels Stops 5G Installation — For Now

5G exposure also causes the body to generate toxic chemicals in the blood, due to an effect stemming from “Voltage Gated Calcium Channels” (VGCC) where the electromagnetic energy found in 5G beams causes the body to generate toxic substances (“peroxynitrites”) that poison the brain and the entire nervous system. As stated in the study linked above:

That same study also warns of the neuropsychiatric effects of 5G exposure:

Of all cells in the body, the neurons have the highest densities of VGCCs, due in part to the VGCC role and [Ca2+]i role in the release of every neurotransmitter in the nervous system. Calcium signaling regulates synaptic structure and function in 5 different ways, each likely to be involved here. Oxidative stress and apoptosis are both thought to have important roles. Lowered sleep and increased fatigue are likely to involve lowered nocturnal melatonin and increased nocturnal norepinephrine.

This article analyses the actions + funds of AT&T & Verizon in regard to #5G millimeter waves and suggests that these companies may not be confident in this technology.

“This video is about Live Blood Analysis after exposure to a smart meter. I do a control first, then radiate myself by standing two feet from the smart meter on my home for five minutes. Then I do it again with a “safe space” product next to me. Another name for Live Blood Cell Analysis is “Darkfield Microscopy”. The back field is dark as opposed to bright light so the organisms don’t die. You can actually see your white blood cells devouring bacteria in real time unlike conventional microscopy where they kill the organisms then stain them. You end up looking only at dead things.”

“Live blood cells become sticky and clump together (rouleaux formation) when I use a computer or a mobile phone. This type of analysis may be useful for diagnosing people with electrohypersensitivity”

5G Is An International Health Crisis In The Making 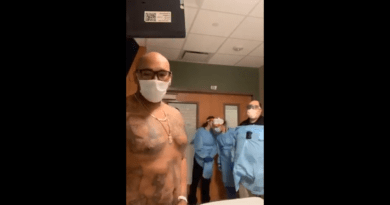 And So it begins… FORCED MEDICATION has commenced | WATCH! | Coronavirus | USA