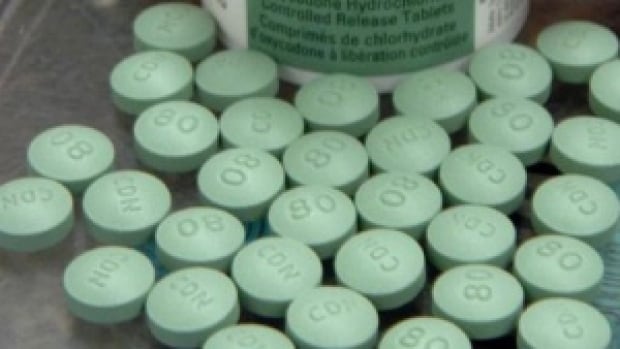 Fentanyl, a synthetic opioid painkiller, is estimated to be 80 times as powerful as morphine and hundreds of times more powerful than heroin. It is often sold as fake OxyContin pills.

Most recreational drug users don’t expect the extreme drowsiness, difficulty breathing and slowed heartbeat that can come after popping one little green pill.

But when they think they are taking OxyContin and the concoction actually contains fentanyl, a drug hundreds of times more powerful than heroin, those symptoms can kick in and lead to an overdose.

Fentanyl is a highly potent drug that many recreational drug users take unknowingly, putting them at high risk of an overdose. In the past few years, more Canadians are dying this way, but health officials say it’s a difficult scenario to prevent.

“This really is a disaster that’s happening right across Canada,” says Philip Emberley, the Canadian Pharmacists Association’s director of pharmacy innovation. “I don’t think any community is actually immune to this at all.”

Fentanyl is a strong opioid that doctors prescribe to help patients manage chronic pain. It’s estimated to be 80 times as powerful as morphine and hundreds of times more powerful than heroin, according to the U.S. Centers for Disease Control and Prevention.

It’s also found its way onto the streets, sometimes sold as fake OxyContin pills, or laced with other drugs like cocaine.