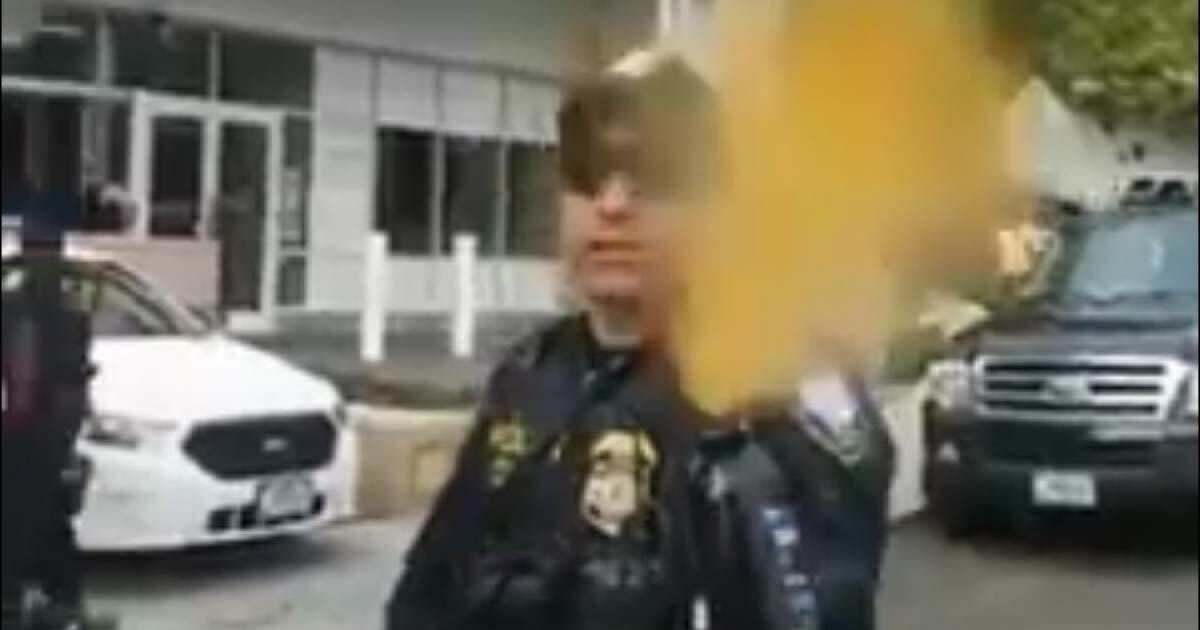 Watch how these federal officers pepper spray the anti-ICE protesters with no mercy!

WARNING: GRAPHIC LANGUAGE IN VIDEOS BELOW

Tensions boiled over in the morning as federal officers and protesters came face-to-face.

The protesters were arrested after they tried to block a transport van from leaving the facility. Federal officers arrived and started shooting pepper spray and pepper balls, and also used tasers to try and get the protesters out of the van’s way.

Federal police also said protesters were throwing objects at them.

According to protesters, they tried to block the vehicle because they believed a man, who was an undocumented immigrant, was being transported out of the holding facility.

Southwest Bancroft Road was blocked off. It’s unclear how long it will remain closed.