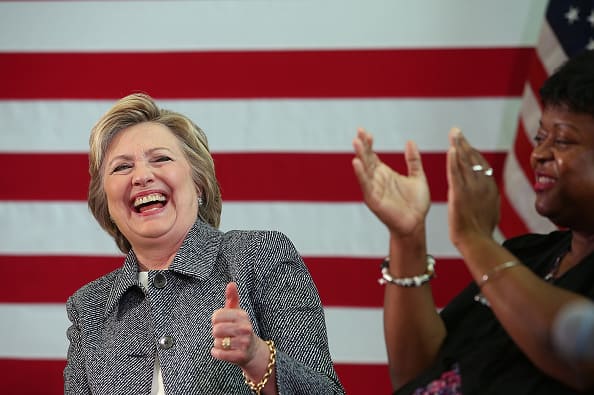 A federal judge has ruled that the U.S. State Department and Department of Justice must submit a schedule for discovery into Hillary Clinton’s use of a private email server and …

Afederal judge has ruled that the U.S. State Department and Department of Justice must submit a schedule for discovery into Hillary Clinton’s use of a private email server and whether the State Department acted in “bad faith” for failing to disclose knowledge of the server, according to Judicial Watch.

U.S. District Court Judge Royce C. Lamberth called Clinton’s use of a private email system, “one of the gravest modern offenses to government transparency,” and ruled:

… the Court ORDERS the parties to meet and confer to plan discovery into (a) whether Hillary Clinton’s use of a private email while Secretary of State was an intentional attempt to evade FOIA; (b) whether the State Department’s attempts to settle this case in late 2014 and early 2015 amounted to bad faith; and (c) whether State has adequately searched for records responsive to Judicial Watch’s requests.

… his [President Barack Obama’s] State and Justice Departments fell far short. So far short that the court questions, even now, whether they are acting in good faith. Did Hillary Clinton use her private email as Secretary of State to thwart this lofty goal [Obama announced standard for transparency]? Was the State Department’s attempt to settle this FOIA case in 2014 an effort to avoid searching – and disclosing the existence of – Clinton’s missing emails? And has State ever adequately searched for records in this case?

…At best, State’s attempt to pass-off its deficient search as legally adequate during settlement negotiations was negligence born out of incompetence. At worst, career employees in the State and Justice Departments colluded to scuttle public scrutiny of Clinton, skirt FOIA, and hoodwink this Court.

The judge also said the current Department of Justice “made things worse:”

The current Justice Department made things worse. When the government last appeared before the Court, counsel claimed, ‘it is not true to say we misled either Judicial Watch or the Court.’ When accused of ‘doublespeak,’ counsel denied vehemently, feigned offense, and averred complete candor. When asked why State masked the inadequacy of its initial search, counsel claimed that the officials who initially responded to Judicial Watch’s request didn’t realize Clinton’s emails were missing, and that it took them two months to ‘figure [] out what was going on’… Counsel’s responses strain credulity. [citations omitted]