Knives kill far more people in the United States than rifles do every year.

In the wake of the horrific school shooting in Florida last week, the debate over guns in America has surged again to the forefront oft the political conversation. 17 students were killed when a deranged gunman rampaged through the Stoneman Douglas High School in Parkland Florida.  Many are calling now for stricter gun laws in the wake of the shooting. Many are targeting the AR-15 rifle and promoting the reinstatement of the assault weapons ban. However, recent statistics from 2016 show that knives actually kill nearly file times as many people as rifles that year. 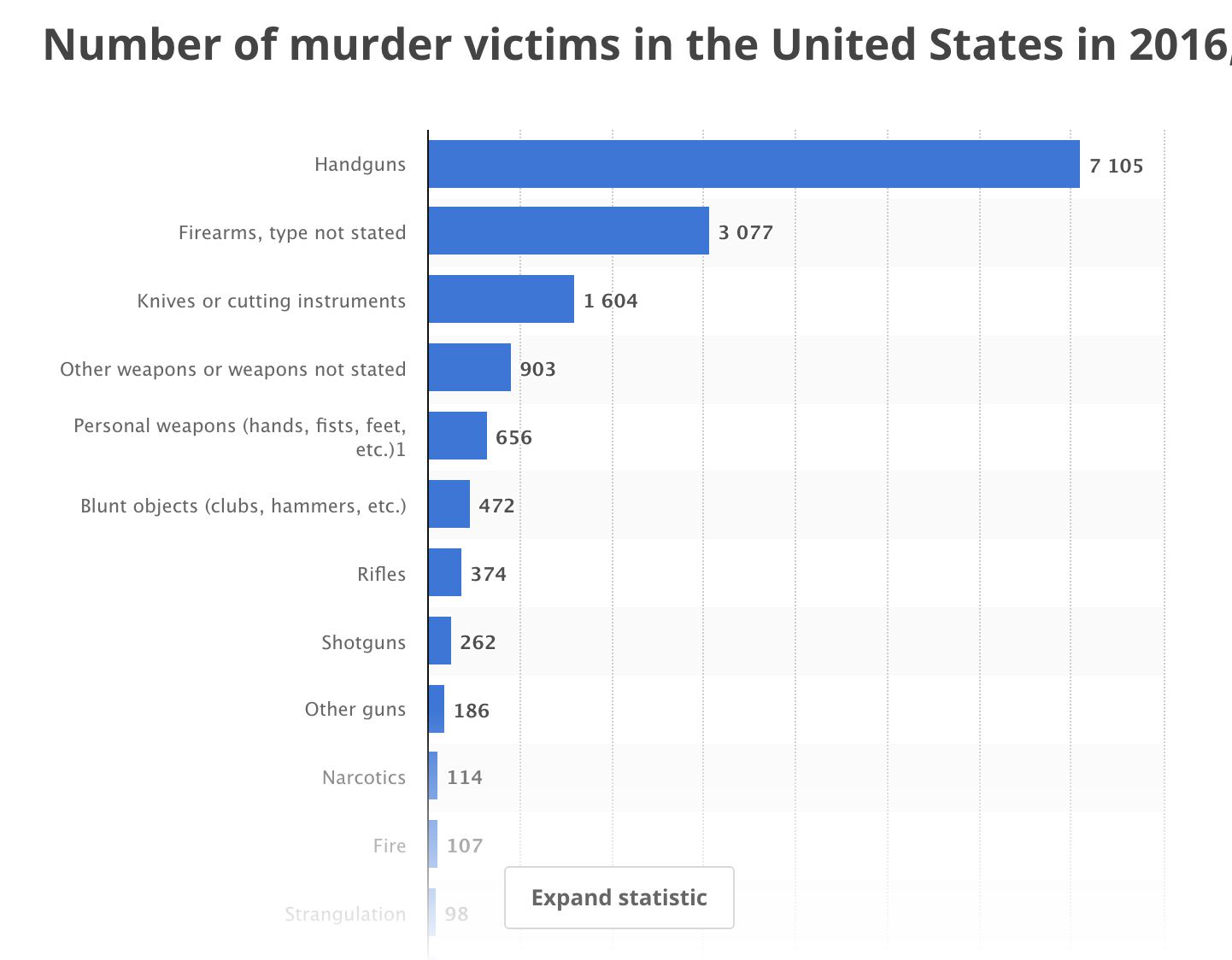