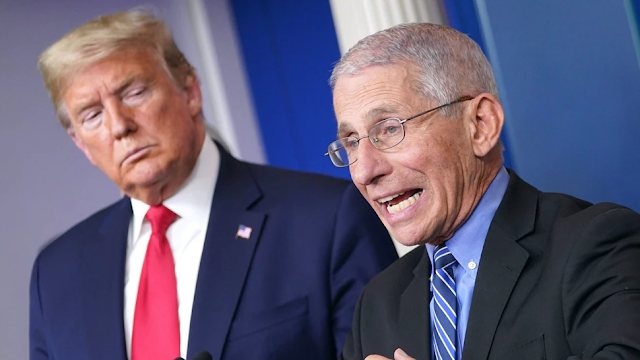 ‘……Fauci made the remarks during an interview on Sunday with Fox News host Chris Wallace after Wallace played clips of four former presidents encouraging people to get vaccinated.“Now, conspicuous by his absence in that public service announcement was President Trump,” Wallace said. “And here’s why that was important. According to a recent poll, 49 percent of Republican men said they don’t intend to get the vaccine.”

Fauci responded by saying that if Trump led a campaign for his followers to get vaccinated that it “would make all the difference in the world.”“He’s a very widely popular person among Republicans,” Fauci said. “If he came out and said, go and get vaccinated, it’s really important for your health, the health of your family and the health of the country, it seems absolutely inevitable that the vast majority of people who are his close followers would listen to him. He’s such a strongly popular person. I cannot imagine that if he comes out that they would not get vaccinated. It would be very helpful to the effort for that to happen.”…..’