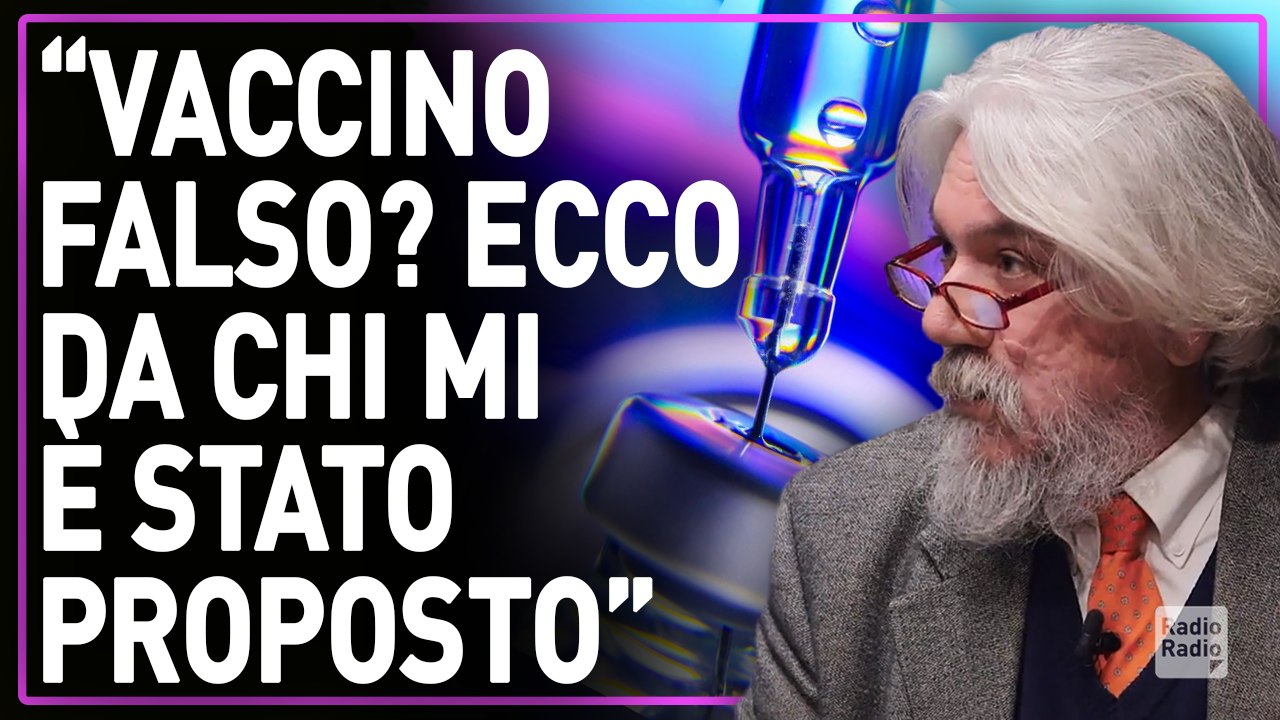 Green pass bogus, fake masks, compensated assignments in the style of “bribes” to buy medical aids and much, much more. There has been and will be rotten in what is in effect a real criminogenic pandemic, so much so that, at a time when the fight against falsified green cards bought online for a few hundred euros, someone also raises the alarm on vaccines.

The noise that arose from the words of the psychiatrist and criminologist Alessandro Meluzzi during a conference organized by the Salute Attiva association last July 15 on the possibility of being offered placebo solutions passed off as vaccines, resounded on the web, sparking criticism from mainstream online newspapers. The news was immediately labeled as a hoax without even having the time to specify or not how possible any scams related to anti-Covid vaccines are actually possible, but live on “A Special Day” Meluzzi did not deny what was stated at the conference: ” Most of those who have been vaccinated – Meluzzi told the audience – from a certain sphere onwards, have made false vaccines. They also proposed it to me “.

True or false? And why not be more precise?

“ I can’t name the names because it would be an infamy ”, Meluzzi tells our microphones, “ but in criminology, when there are suspicions induced into a gossip and there are three clues, three clues form almost proof. In my personal acquaintances “, he says,” I have had at least three reports of this type: an excellent patient, that is a very rich and very powerful man, a man of the police – my journalistic source – and a politician, between other also a member of my Orthodox Church. They confessed to me in three different ways (one as a patient, the other as a source and the last as a member of my church in an interview) that they had received a fake vaccine and if I was interested in doing this.“.

The interview by Fabio Duranti and Francesco Vergovich.