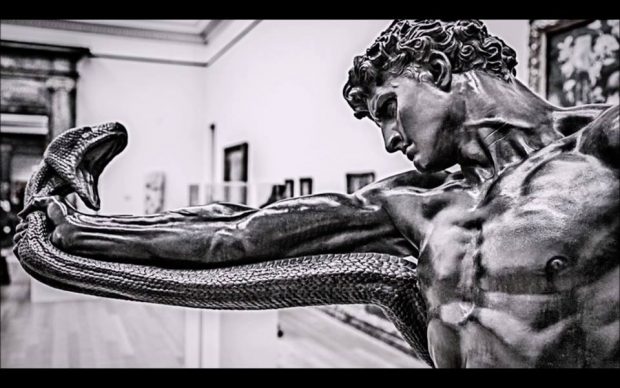 Yesterday, Axios reported that Facebook was reaching out to some groups in an effort to keep the social media giant from hemorrhaging any more trust, by which we mean money. Worried that they might be the catalyst for degrading public discourse, and to make it seem like Mark Zuckerberg actually gives a f*#k, Facebook is bringing in a super powerful law firm and … the Heritage Foundation.

Facebook will be holding a conservative-only bias review led by former Arizona Republican Sen. Jon Kyl. Kyl has a famously loose interpretation of “facts,” once questioning the definition of middle class, and walking back lies about Planned Parenthood made on the Senate floor by saying his comment was “not intended to be a factual statement.”

Klon Kitchen, the Heritage Foundation’s resident right-leaning techie, has already been brought in to lecture Facebook on how to make safe spaces for conservatives on the Internet. Kitchen told USA Today that conservatives deserve to be treated just like every other asshole on the internet (please, don’t send him dick pics or death threats).

If Facebook is doing a reasonable job of that now, it’s up to Facebook to make that case. If there are systemic problems, they should deal with that…

This is all part of the fallout from Mark Zuckerberg coming to DC and pretending to be human. Hardcore conservatives bemoaned a perceived bias against the crackpots and conspiracy theorists they call a constituency. Ted Cruz whined about Silicon Valley “censoring” people who support his brand of hyperbolic malevolent newspeak. A few days later, House Freedom crazies grilled Zuckerberg about “Diamond and Silk,” two pro-Trump windbags who fancy themselves pariahs after their Youtube channel was demonetized for violating Terms of Service. The duo testified before Congress and all but perjured themselves, leaving several members giggling and deriding the hearing as farce.

Facebook to aid CPAC as it courts conservatives
But in courting conservatives, Facebook may have created a new political problem for itself: https://www.politico.com/story/2017/02/facebook-aid-cpac-courts-conservatives-235256

Heritage President Jim DeMint will be meeting this week(Dec’18) with Facebook CEO Mark Zuckerberg to discuss allegations of anti-conservative bias at the social network: https://www.myheritage.org/news/demint-to-meet-with-facebook-ceo-zuckerberg/

Trump knew which buttons to push with the Conservative base.

“Heritage Foundation (KOCH) saw much earlier than most people in the Country that Trump had a very realistic shot from it’s early internal poling, so that he knew which buttons to push with the Conservative base”. https://t.co/fIJoaOcwV6

The Googlization of the Far Right: Why is Google Funding Grover Norquist, Heritage Action and ALEC?

Google, has been funding a growing list of groups advancing the agenda of the Koch brothers. https://twitter.com/Tentoads4truth/status/1075764446285389826