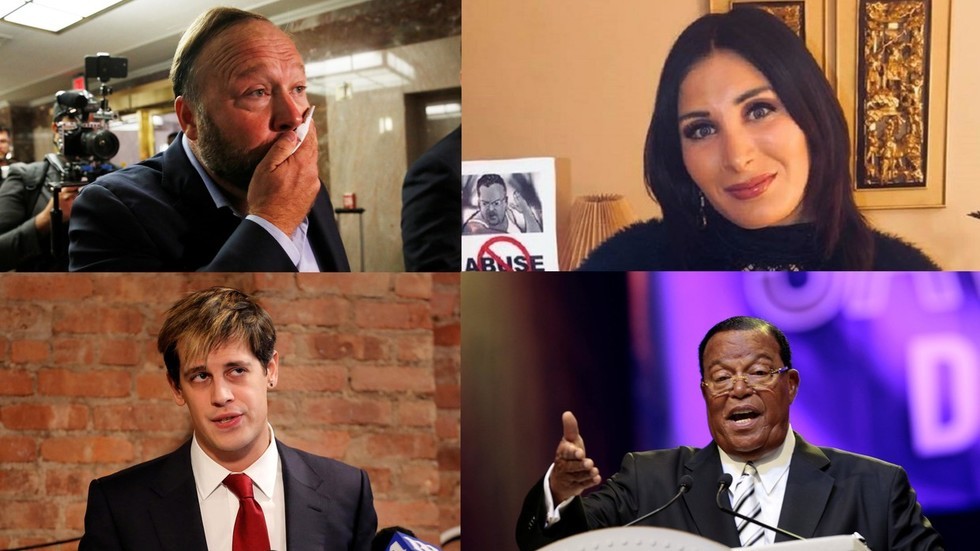 Citing policies against ‘dangerous individuals and organizations,’ Instagram and Facebook banned Infowars, Alex Jones, Milo Yiannopoulos and Louis Farrakhan, among others. Any mention of them will result in bans, too.

Any account that shares Infowars content will have it removed, and face a permanent ban for multiple “violations.” Facebook and Instagram will also remove any and all Infowars videos, audio or articles. Groups and events that promote Infowars or any of the banned “extremists” will be removed as well, a spokesperson told the Atlantic.

“We’ve always banned individuals or organizations that promote or engage in violence and hate, regardless of ideology. The process for evaluating potential violators is extensive and it is what led us to our decision to remove these accounts today,” Facebook told the Atlantic via email.

Thursday’s bans affect mainly anti-establishment figures, with the exception of Farrakhan. The leader of Nation of Islam is a prominent voice in the African-American community, and has even met with President Barack Obama – though the photo of them together was kept secret for years until Obama left office.

Jones and Infowars were purged from Twitter, YouTube, Facebook and several other tech platforms last year, after relentless pressure from CNN and other mainstream media outlets. There has been a widespread campaign to ban and block establishment critics from social media platforms since the 2016 US presidential election, as mainstream outlets blamed them – along with “Russian hackers” – for Hillary Clinton’s loss to Donald Trump.