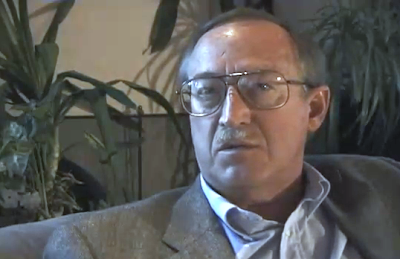 He gave down below interview with Dr. Greer prior to the 2001 National Press Club Disclosure event and asked that it not be released until after his death.

Mr. William Pawelec passed away on May 22, 2007 and we received permission to release it in December 2010.

Watch above video at 46:00 onwards where he is talking about how they use Cancer to kill whistleblower, we like to inform our reader that Ben Rich Lockheed Skunk Works director had also died from Cancer after he had admitted Extraterrestrial UFOs are real .

Reacting to above video Youtube user matthewkcarty said “To affect any possible changes in our government and other governments of the world, email, call and send this link to your representatives. It does no good to educate ourselves and then do nothing with the knowledge.”

This information isn’t new, but Mr. Pawelec is just one more individual who provides validity of the existence of the 4 negative energy groups who run the world and plan for we “sheeple” to die with cancers from our poisoned food and﻿ water supplies and other biological intrusions