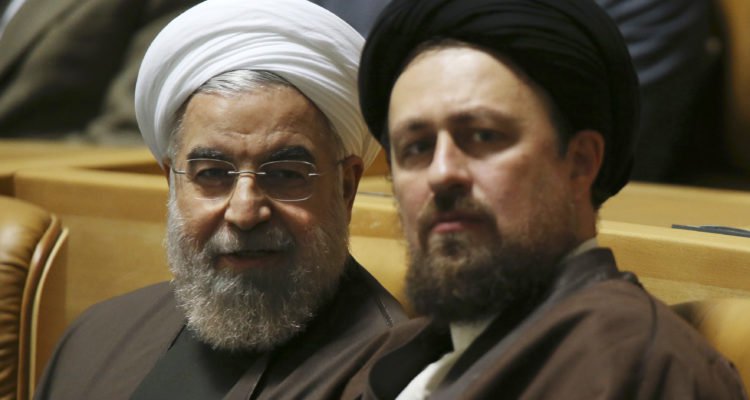 The Iranian delegation which met with the Americans was ‘at times…at odds with government policy,’ reports i24NEWS. The U.S. denies that talks took place.

The Iranian delegation which met with the Americans was “at times… at odds with government policy,” reports i24NEWS. The U.S. denies that talks took place.

A hotel in Erbil, the capital of the Kurdish region in Iraq, was the scene last week of secret meetings taking place between U.S. government and Iranian officials, according to an i24NEWS report on Wednesday.

In a report, attributed to unnamed sources, the Israel-based television channel says that the Iranian regime is also showing “signs of a nascent upheaval.”

i24NEWS reports that “125 Iranian officials were said to be arrested, charged with espionage in an attempt to neutralize” this burgeoning resistance to the regime’s policy.

However, U.S. Special Representative for Iran Brian Hook immediately denied that secret meetings had taken place. Iran has rejected diplomacy “too many times,” he said, and “right now, there are no back-channel talks between the U.S. and Iran.”

The Iranian delegation which reportedly met with the Americans was “at times…at odds with government policy,” according to the report.

The team “was headed by the grandson of Iran’s Ayatollah Khomeini, Hassan Khomeini, and also included two officials from the Islamic Revolutionary Guard Corps (IRGC) as well as Iraj Masjedi, Iran’s special envoy to Iraq,” i24 added.

This report was preceded by an “exclusive” published last Friday by the Ava Today news outlet, citing confidential sources disclosing, as well, that “a series of talks between [an] Iranian delegation [headed] by the grandchild of Iranian Revolutionary Leader, Ayatollah Khomeini, and American officials was held in a hotel in Erbil, capital of Iraqi Kurdistan.”

The news outlet, which focuses on Kurdish and Iranian developments, said that its source, who spoke on condition of anonymity, revealed as well that “a delegation of Saudi officials was residing in the same hotel before they [were]  moved to another one in order to be away from the place [where] the negotiations took place.”