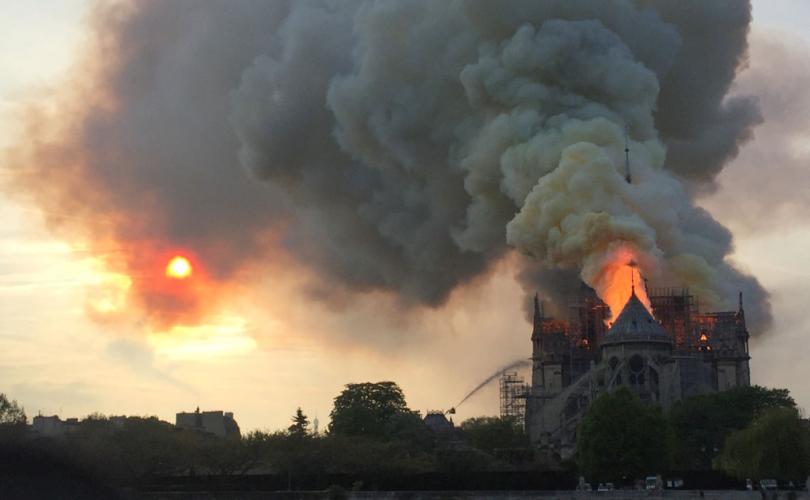 April 17, 2019 (LifeSiteNews) – As the world processes the fire that ravaged the Notre Dame Cathedral on Monday, a 29-year veteran of BBC News is using her experiences to shed light on biases she says hinder much of the coverage.

From 1983 to 2012, Catherine Utley was a broadcast journalist with the BBC World Service. On Tuesday, she published a piece at The Article describing the bias against and ignorance of Catholicism she witnessed there, which she says fed into the network’s inability to appreciate Monday’s tragedy as more than the “destruction of a particularly well visited tourist attraction.”

“Where was the talk of its sacred spaces, made holy by the prayers of Catholic worshippers over hundreds of years? Where the footage of the great Masses celebrated there?” she asked. “Why, in short, did the BBC’s flagship news programme, when it had time to prepare its coverage properly, fail to acknowledge Notre Dame’s importance as France’s most profound expression of the Christian civilisation on which an entire continent was founded?”

“As a Catholic, I was amazed, at Bush House, at how newsroom colleagues, brought up and educated in the UK, with a knowledge of the global geopolitical scene which far surpassed my own, could be so ignorant about Christianity,” Utley wrote. “I remember one Good Friday on the newsdesk discovering that only one of half a dozen bright, well educated BBC journalists I was working with that day, knew what event it commemorated.” She noted that during his coverage of the fire, the BBC’s Hugh Schonfield confused this week’s Holy Week for Easter Week, which follows it.

Worse, she argued, was the fact that many in the BBC “do not wish to know better,” because the church stands in opposition to “the ‘enlightened’ liberal view on matters such as abortion and euthanasia.” Therefore, “sex abuse has become the only Catholic issue considered worth reporting.”

Last year, the BBC came under fire for a satirical video that said Holy Communion “tastes like cardboard” and “smells like hate”; it has also aired numerous pieces promoting homosexuality and gender fluidity.

So dominant was the bias that Utley says that during Pope Benedict’s 2010 visit to London, an editorial decree was handed down that his comments on child sex abuse would remain the top story “for a reasonable number of hours” regardless of what else he said.

“Shortly after the edict was issued, I was asked if I would mind moving from my position as lead writer for the day to the Africa desk, about which I knew nothing,” she added. “I was replaced by someone who knew nothing of the Pope. Such a thing had never happened to me before and never happened again. I was told later, at second-hand, that it was felt that it might be better to have someone who wasn’t a Catholic write the Pope story.”

In the United States, several mainstream media figures mocked President Donald Trump’s suggestion to use water-tanker helicopters to douse the fire, while others rushed to preemptively dismiss speculation that the fire may have been terrorism-related (Paris public prosecutor Remy Heitz said Tuesday it was likely accidental). The day of the fire, Fox News’ Neil Cavuto hung up on Catholic League president Bill Donohue for saying he was “suspicious” in light of past attacks on churches in Paris.