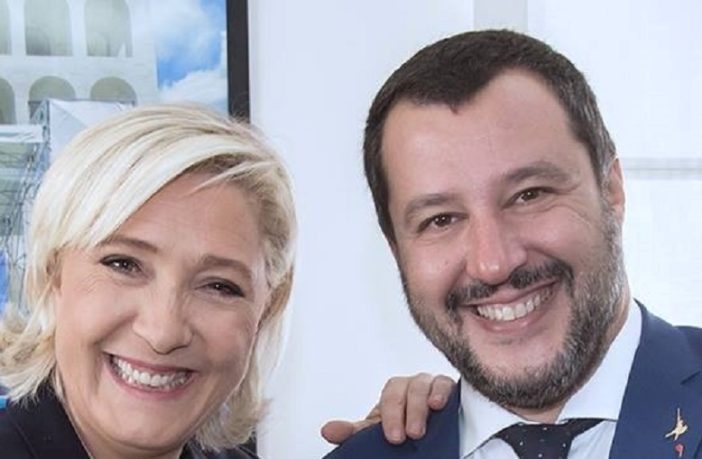 The European Parliamentary elections are in May 2019. This year, more than previous MEP elections is likely to be profoundly consequential with a turnout that has not been previously seen.

The European Parliamentary elections are in May 2019. This year, more than previous MEP elections is likely to be profoundly consequential with a turnout that has not been previously seen.

According to the Financial Times, it will be a showdown between the beleaguered French President Emmanuel Macron and the man voted by his own people as the most trusted and popular politician in history, Italy’s Deputy Premier and Interior Minister Matteo Salvini. A battle between Globalists and Populists.

Mr. Salvini was already popular with Italian voters, but when he stood up to Brussels over his ‘Italian’s first’ budget, the people of Italy only grew to love him more. In fact, in recent polls the Italian people said they see him as the real leader of Italy, even over the Prime Minister.

Many people in Italy now see Emmanuel Macron as the enemy of their country, as he embodies all that is imperialist about the EU.

Some of Macron’s advisors have warned against a political showdown with Salvini because his own popularity has bottomed out in his own country, weakening his position. As Salvini’s influence strengthens, Macron’s influence weakens.

If the parties on the right can form a unified front potentially under Salvini, the elections could be the biggest overhaul of the EU since its founding.

The Financial Times states that “according to an aggregation of surveys by Pollofpolls.eu, Mr. Salvini’s League will surge from six per cent of the vote and five of Italy’s seats in the European Parliament in 2014, to 33 per cent and 29 seats.

Viktor Orban’s right-wing Fidesz party is almost certain to confirm its dominance in Hungary. The Eurosceptic Alternative for Germany looks likely to double its tally of seven per cent and seven seats.

Poland’s conservative Law and Justice party is expected to win 41 per cent and 24 seats, up from 32 per cent and 19 seats.”

It is no wonder, given Mr. Macron’s tarnished image due to the Yellow Vests in his country, that Salvini is not expecting much of a challenge from the French President.