Skip to content
Uncategorized
March 25, 2022 Q
Russia is blackmailing the EU with its energy resources, the European Commission president said 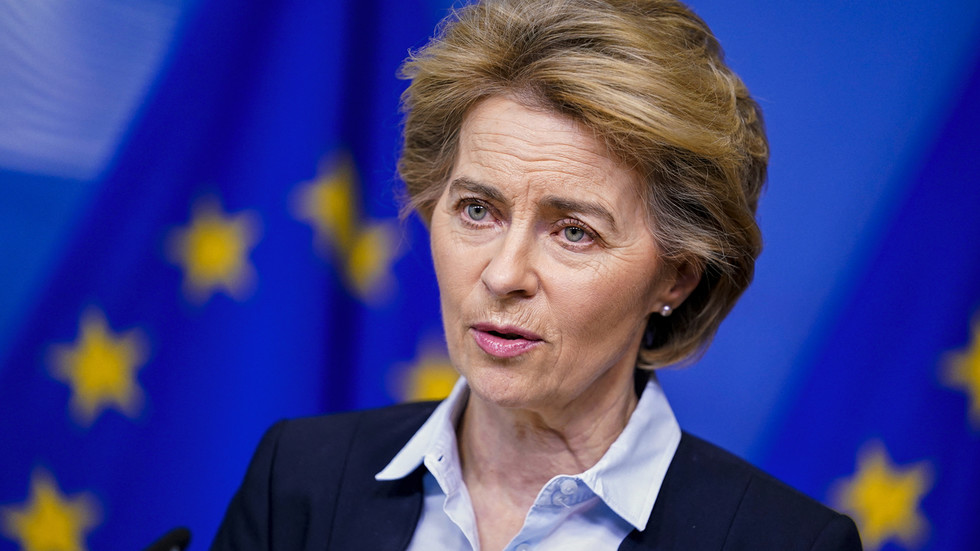 Brussels will not allow Moscow to override sanctions by demanding EU importers pay for Russian oil and gas in rubles, European Commission President Ursula von der Leyen said on Thursday. The comment comes after Russia announced, the previous day, that payments for gas exports to certain Western countries will be switched to its domestic currency, the ruble.

“[Trading energy in rubles] would be an attempt [on the part of Russia] to circumvent the sanctions. We will not allow our sanctions to be circumvented. The time when energy could be used to blackmail us is over,” von der Leyen told Reuters.

Earlier on Wednesday, Russian President Vladimir Putin ordered the government to find a way for Russia’s largest energy exporter, Gazprom, to trade gas in rubles. According to the president, this move will allow Moscow to avoid dealing in dollars and euros, currencies that have “compromised themselves.” The decision comes in response to Western countries freezing more than $300 billion of Russian assets. Source: EU responds to Russian ruble gas trade decision

“The collective West has actually drawn a line under the reliability of its currencies, crossed out the trust in these very currencies. Both the United States of America and the EU declared, in principle, a real default on their obligations to Russia. We already suspected before but now everyone in the world knows for sure that obligations in dollars and euros may not be fulfilled,” Putin said. “It is clear that receiving payments in dollars, euros, and a number of other currencies for our supplies to the EU and the US does not make any sense for us.”

The Russian leader, however, insisted that Moscow will remain a reliable trade partner and fulfill its obligations, even when it comes to dealing with “unfriendly countries.” Shortly after Putin’s announcement, the ruble gained ground, strengthening its position against the US dollar.

West European companies have responded with skepticism to the Kremlin’s decision. Austrian energy company OMV plans to continue paying for its gas contracts with Russia in euros. Poland’s PGNiG also refuses to pay in rubles, while Lithuania’s Ignitis Grupe says it might stop its imports from Russia altogether.