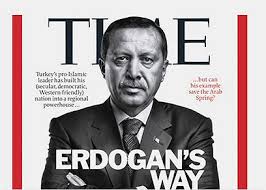 Turkish President Recep Tayyip Erdogan has reiterated his desire to ensure Turkey adopts a presidential system of government and has even cited Adolf Hitler’s Germany as an example of how this can be achieved.

Speaking at a news conference, Erdogan was asked by a journalist whether Turkey would be able to keep a unitary structure of government if a presidential system was implemented.

“There are already examples in the world. You can see it when you look at Hitler’s Germany,” he said on Thursday, according to a recording broadcast by the Dogan news agency. “There are later examples in various other countries.”…. https://www.rt.com