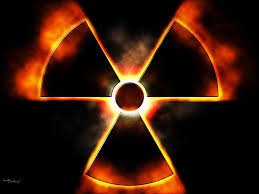 A piece of construction equipment containing radioactive material was stolen from a work site in Regina, Sask., Tuesday.

Police said a RoadReader Nuclear Density Gauge was taken in the break-in. It contains americium-241/beryllium and cesium-137 — two radioactive materials commonly used in construction, agriculture, oil refining and other industrial and household applications. The RoadReader is a piece of equipment that detects the density of the ground and its compactness.

Americium-241 poses a significant risk if swallowed or inhaled, according the U.S. Environmental Protection Agency. “It can stay in the body for decades and continue to expose the surrounding tissues to both alpha and gamma radiation, increasing the risk of developing cancer,” says the agency. Exposure to cesium in high levels also increases the risk of cancer.

The gauge is safe as long as the unit remains undamaged and everything inside remains intact, police said.

Police are urging whoever took the RoadReader not to tamper with it, and are asking for it to be returned — anonymously, if necessary. Source