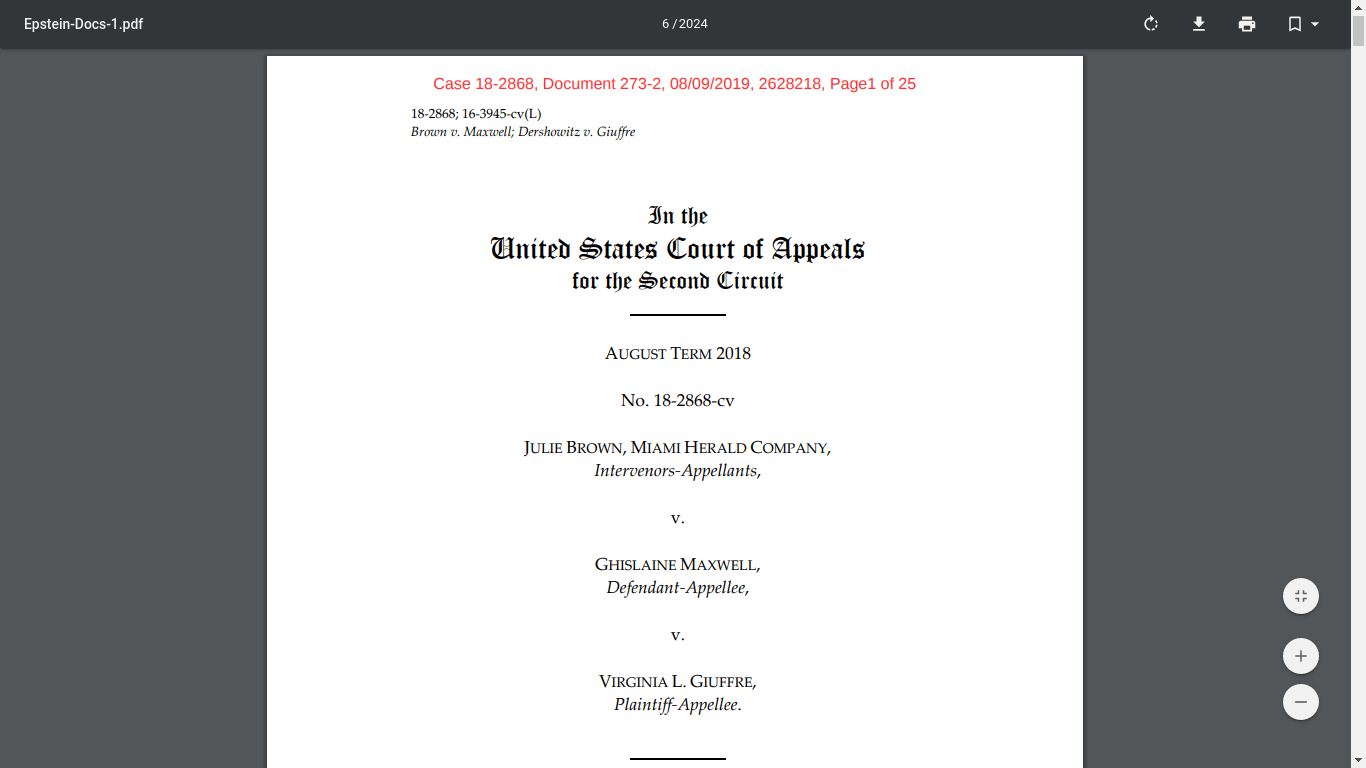 Epstein files unsealed: Thousands of accusers’ documents have been released from the defamation suit against his ex-girlfriend and alleged ‘madam’

VIDEO: Attorney Bradley Edwards, Representing Jeffrey Epstein’s Victims: Trump is the Only One to Help
5:00

A trove of court documents unsealed Friday detail allegations by an alleged victim of wealthy financier Jeffrey Epstein that while working as a teenage locker room attendant at President Donald Trump’s Mar-a-Lago resort nearly two decades ago she was recruited to give Epstein massages that often involved sexual activity.

The roughly 2,000 pages of records released by the Manhattan-based 2nd Circuit Court of Appeals also show the same woman, Virginia Roberts Giuffre, appears to have claimed she had sex with a series of prominent men — including former politicians — at Epstein’s direction while working as a staff masseuse for the investment adviser, who eventually came under investigation in 2006 for sex trafficking over his involvement with teenage girls.

In deposition excerpts made public Friday, Giuffre said she was working as a spa attendant at Mar-a-Lago in 2000 when she was approached by Epstein’s longtime friend Ghislaine Maxwell about giving massages to the wealthy investor, who owned a mansion in Palm Beach not far from the Trump resort.

“Where in the spa were you when you were approached by Ghislaine Maxwell?” Maxwell’s attorney Laura Menninger asked at a May 2016 deposition.

“Just outside the locker room, sitting where the other girl who works there usually sits,” Giuffre replied. “I was reading a book on massage therapy. … She noticed I was reading the massage book. And I started to have chitchat with her just about, you know, the body and the anatomy and how I was interested in it. And she told me that she knew somebody that was looking for a traveling masseuse. … If the guy likes you then, you know, it will work out for you. You’ll travel. You’ll make good money.” More at Source: https://www.politico.com/story/2019/08/09/epstein-mar-a-lago-trump-1456221

Glenn Dubin – Democrat
https://voterrecords.com/voter/82614759/glenn-dubin
Glenn Russell Dubin is the Principal of Dubin & Co. LP, a private investment company managing a diversified portfolio of operating businesses and other investments across a broad range of industries and asset classes
https://en.wikipedia.org/wiki/Glenn_Dubin