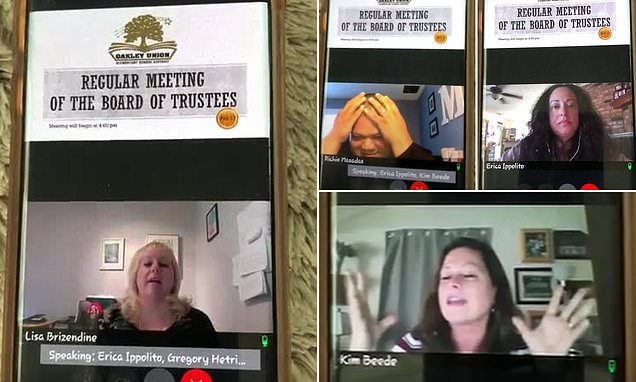 Board president Lisa Brizendine, left, resigned with members Kim Beede, Erica Ippolito and Richie Masadas on Friday after mocking parents in a meeting.

Source: Entire California school board resigns after it was caught on video mocking parents on reopenings | Daily Mail Online