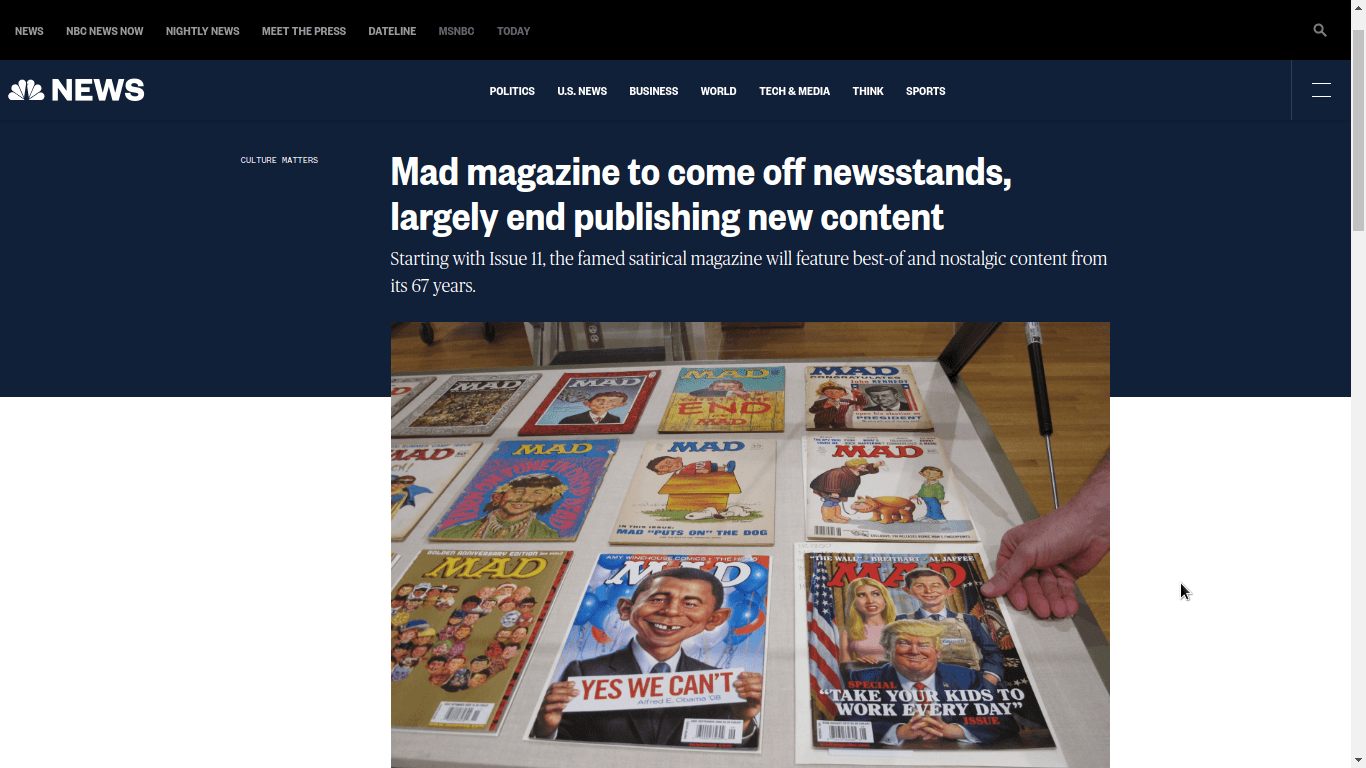 Starting with Issue 11, the famed satirical magazine will feature best-of and nostalgic content from its 67 years.

Mad magazine, the satirical publication famous for asking, “What, me worry?” and its gap-toothed, big-eared mascot Alfred E. Neuman, is coming off newsstands and will largely stop publishing new content, its owner DC said an email Wednesday night.

DC said that after Issue 10, there will be no new content, except for end-of-year specials, which will be all new. Issue 8 of Mad magazine, which had been published every other month, went on sale June 12.

Starting with Issue 11, the magazine will feature best-of and other nostalgic content from its 67 years of publication, DC said. The magazine will still be sold in comic shops and mailed to subscribers.

DC did not explain the decision.

The magazine was founded in 1952 by editor Harvey Kurtzman and publisher William Gaines. It debuted as a comic book in 1952, then switched to magazine format three years later, the Associated Press has reported. Long-running comics and features include “Spy vs. Spy” and a back page that folded to reveal a hidden image.

Parody songwriter “Weird Al” Yankovic was among those lamenting the news on Twitter Wednesday night, saying he was “profoundly sad” to hear about the developments.

I am profoundly sad to hear that after 67 years, MAD Magazine is ceasing publication. I can’t begin to describe the impact it had on me as a young kid – it’s pretty much the reason I turned out weird. Goodbye to one of the all-time greatest American institutions. #ThanksMAD pic.twitter.com/01Ya4htdSR