A scene stands out among so many horrible scenes in the violence tearing through Egypt. A lone Egyptian woman, standing between a military bulldozer and a wounded protester on the ground behind her.

With reports claiming that Egypt has declared a state of emergency with hundreds dead and thousands injured in a Cairo crackdown, the sight of this lone women, protecting an injured man, will be one that once seen, won’t soon be forgotten. 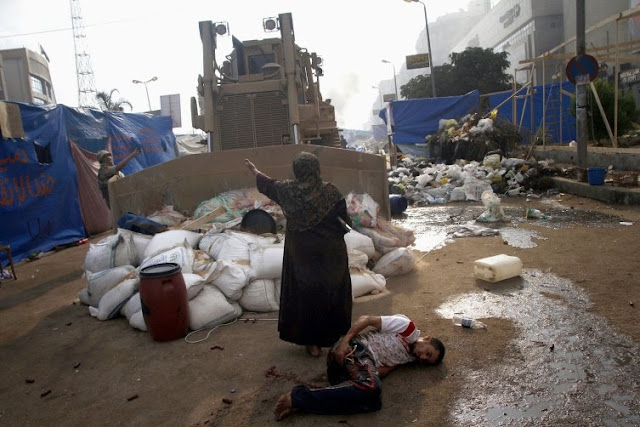 The videos below capture the devastating civil war between the Egyptian military and pro-Morsi supporters. 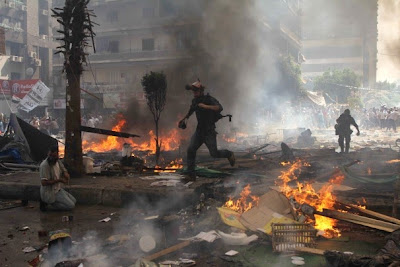 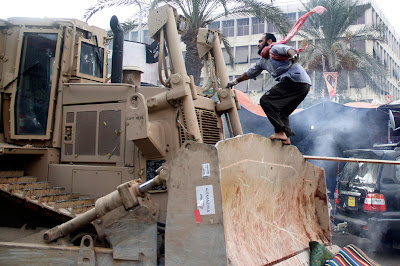 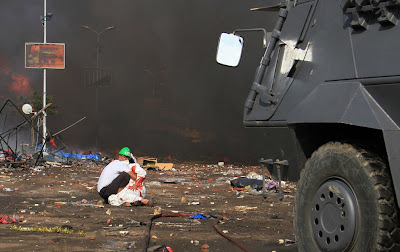