Bet a few of us here are thinking the same thing….

THREE soldiers are pictured fainting while on duty – VIDEO 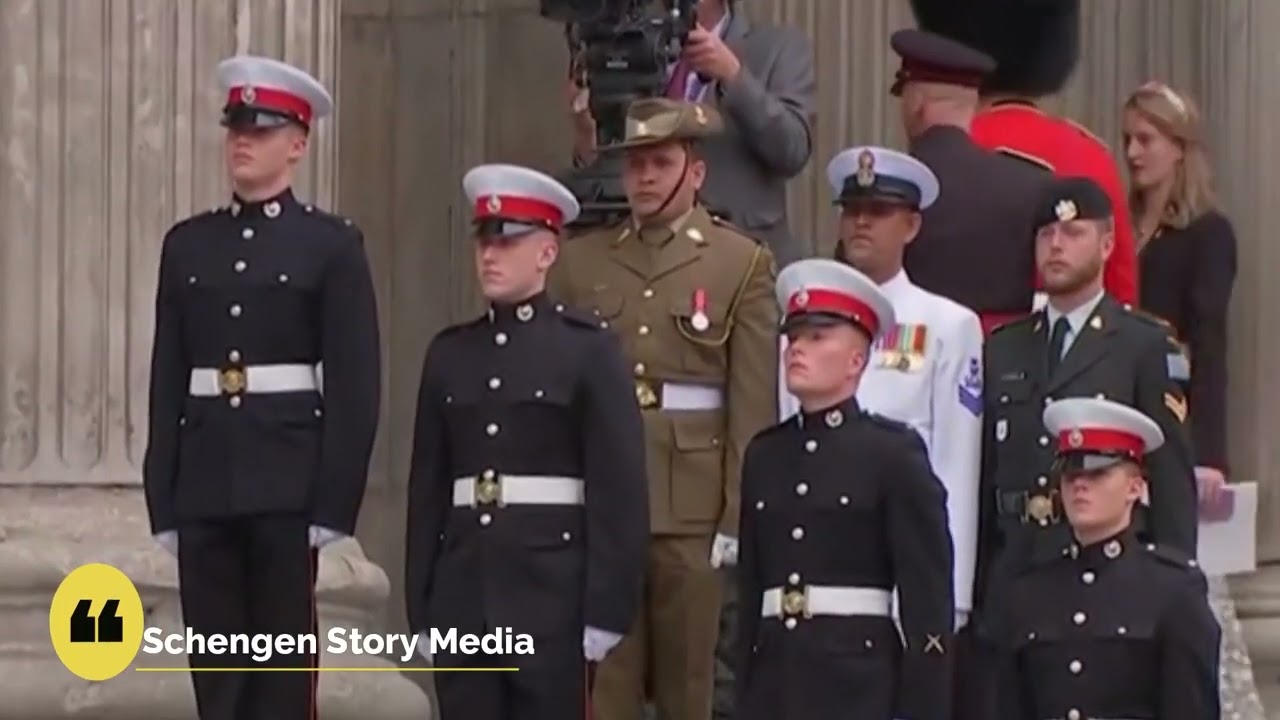 The separate incidents happened shortly before Prince Charles, who is officially representing the Queen today, arrived at the cathedral for the special ceremony to kick-off Her Majesty’s Platinum Jubilee celebrations.

Those on duty maintained their professionalism and composure, whilst the three soldiers were helped back to their feet.

With temperatures of around 20C in London today, standing for hours in the heat and full military uniform, took its toll on the guards – both from different regiments – who were inspected and checked over.

The first soldier – a member of the RAF Regiment – was led away from St Paul’s to recover by two fellow servicemen, whilst the second – a member of the royal Canadian artillery – continued to stand guard on the steps of the Cathedral.

Meanwhile, the third soldier – a member of the Queen’s guard – had to be propped up by a wall before being taken to see a paramedic.

The Duke and Duchess of Cambridge, Prince Harry and Meghan have led the arrivals at St Paul’s Cathedral – as they joined hundreds of politicians and dignitaries in supporting the Queen and the extended Royal family.

Her Majesty, 96, pulled out of today’s ceremony due to her ongoing mobility issues after she experienced ‘some discomfort’ after attending the Buckingham Palace festivities yesterday.