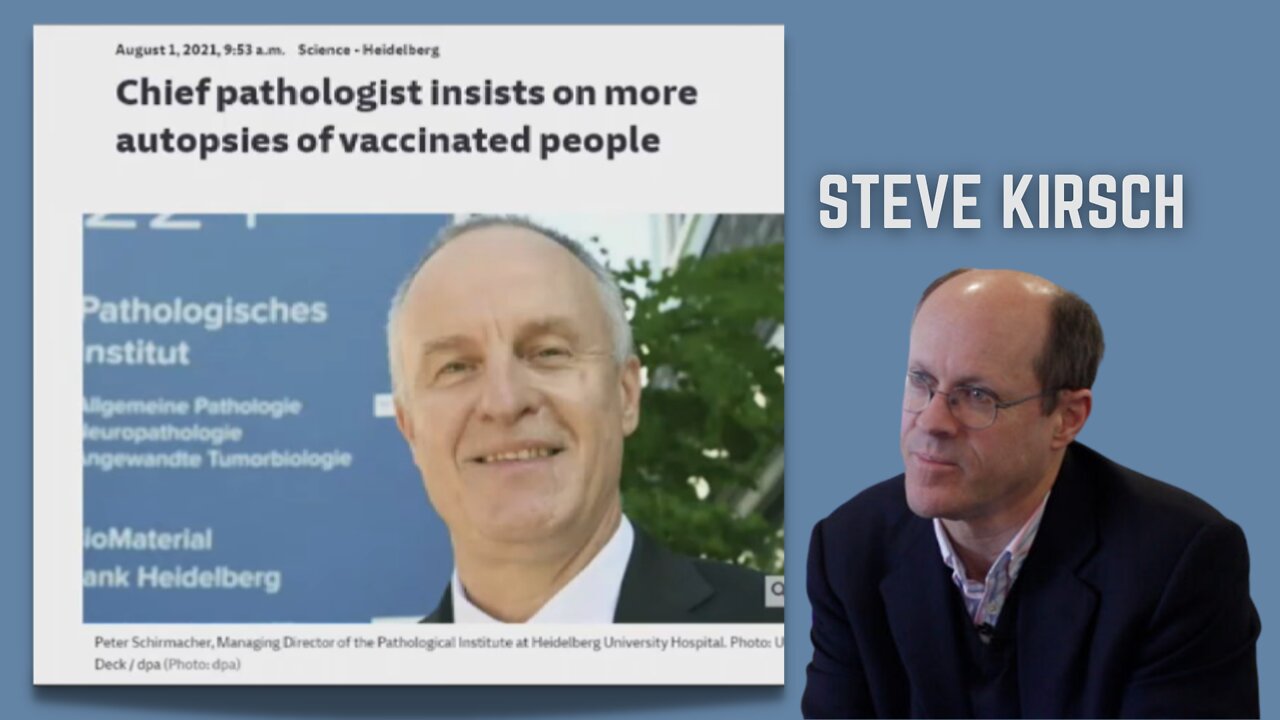 Dr. Peter Schirmacher is one of the top 100 pathologists in the world who published an autopsy study of 40 people who died within two weeks after the jab and put his reputation on the line, stating that at least 30 to 40% of these people died from the COVID injection.

Steve Kirsch reached out to Dr. Schirmacher; no callback. Interesting.

Six months later, Steve discovered that Dr. Schirmacher was coerced with death threats against his family if he dared to speak out about his research.

Later, other scientists in Germany confirmed his work, and they concluded that the vaccine likely caused 70% of the deaths.