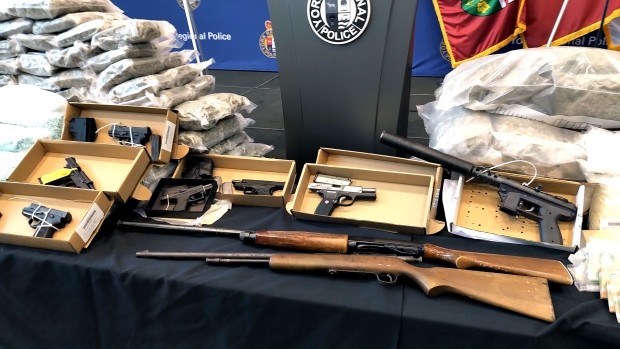 “This organization was trafficking large quantities of drugs, especially fentanyl,” Slack said, while noting this was the largest fentanyl seizure in the police service’s history.

“Fentanyl is a low-cost, but highly addictive synthetic opioid that is having a terrible impact on our communities,” he said. “When mixed with other synthetic drugs you cannot smell it, you cannot taste it and you cannot see it, but it has a terrible deadly effect.”

A total of 28 search warrants were conducted in the investigation, which led to the arrest of 41 people. Four illegal firearms, including a Tec-9, were seized along with $40 million in illegal drugs, $400,000 in property, including nine vehicles, and $226,000 in cash.