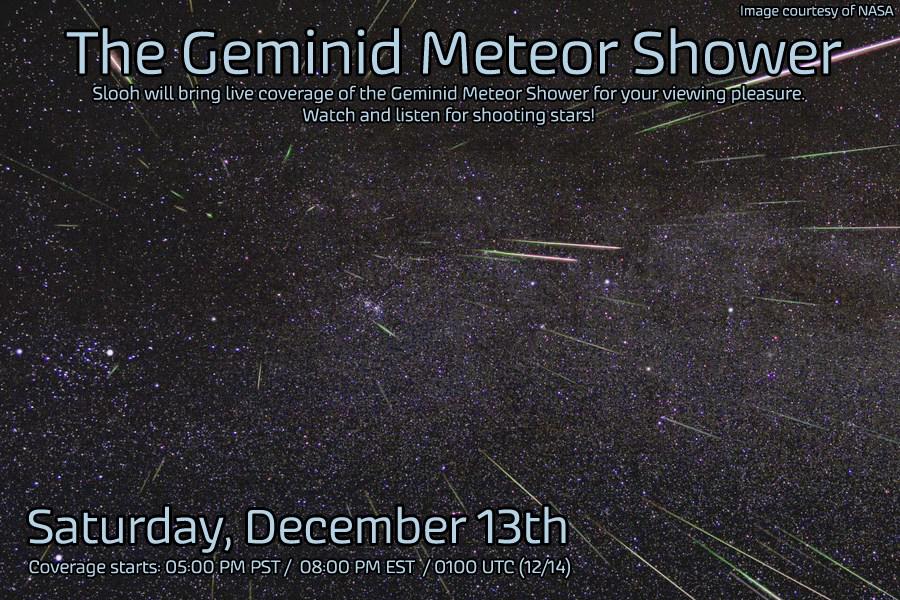 Watch and listen to one of the biggest meteor showers of the year live on Slooh. We will have stunning visual feeds, so you can hunt for those brilliant streaks of light throughout the sky, as well as a radio audio feed for you to listen for meteors whizzing on by. Also, it would not be a Slooh meteor show without informative audio segments from various Slooh personalities, who will be poking through facts, figures, traditions, and anecdotes surrounding this incredible shower!