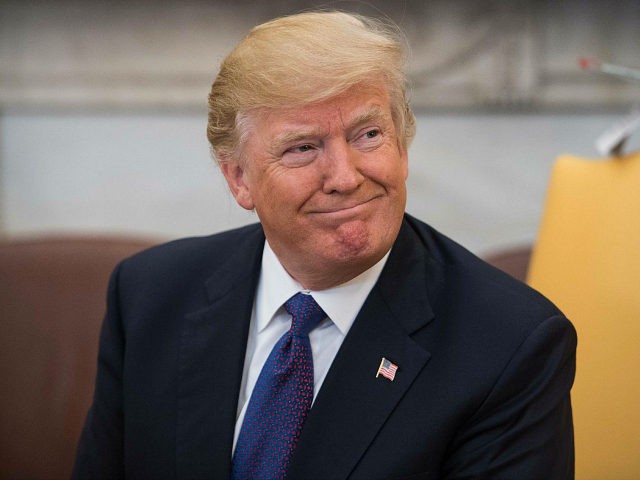 “I would like to thank the Democrats for holding this morning’s hearing,” he wrote on Twitter ahead of Mueller’s additional testimony in front of the House Oversight Committee under chairman Adam Schiff on Wednesday afternoon.

“Now, after 3 hours, Robert Mueller has to subject himself to #Shifty Schiff – an Embarrassment to our Country!” Trump continued, referring to the chairman.

Trump watched portions of the testimony, according to reports, but did not appear concerned about the first round of testimony.

The president also shared Fox News analysis of the hearings, including Chris Wallace describing the testimony as a “disaster,” Katie Pavlich noting that Mueller denied that his investigation was impeded, and highlights of Rep. Jim Jordan’s line of questioning.

“The last three hours have been an epic embarrassment for the Democrats,” she wrote in a statement to reporters. “Expect more of the same in the second half.”

After the second round of questioning Mueller, Trump appeared triumphant by the results of the House committee hearing after retweeting several highlights from the hearing from his House Republican allies.

“TRUTH IS A FORCE OF NATURE!” he wrote on Twitter.

“This entire spectacle has always been about the Democrats trying to undo the legitimate result of the 2016 election and today they again failed miserably,” he wrote.

I would like to thank the Democrats for holding this morning’s hearing. Now, after 3 hours, Robert Mueller has to subject himself to #ShiftySchiff – an Embarrassment to our Country!

“Mueller was asked whether or not the investigation was impeded in any way, and he said no.” In other words, there was NO OBSTRUCTION. @KatiePavlich @FoxNews

TRUTH IS A FORCE OF NATURE!