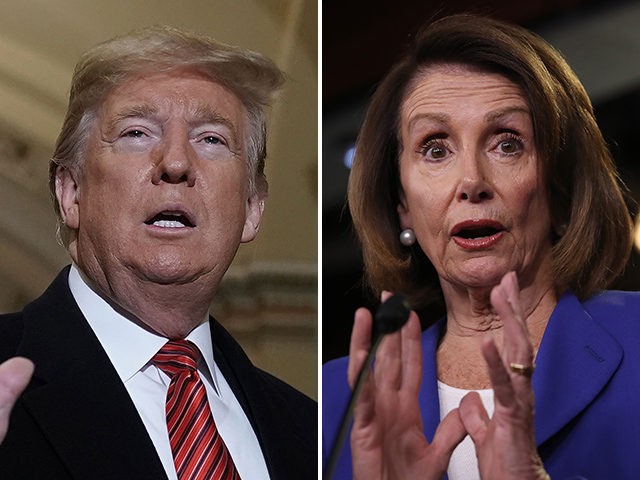 President Donald Trump fired back at Speaker Nancy Pelosi on Monday after she accused the president of failing to act quickly enough.

President Donald Trump fired back at Speaker Nancy Pelosi on Monday after she accused the president of failing to act quickly enough to combat the Chinese coronavirus pandemic.

“She’s a sick puppy, in my opinion. She really is,” Trump said. “She’s got a lot of problems. And that’s a horrible thing to say.”

In an interview Sunday, Pelosi said “as the President fiddles, people are dying” and that Trump cost American lives by downplaying the crisis in the early days of the outbreak.

“I thought it was a disgrace, I think it’s a disgrace to her country, her family,” Trump said, adding, “What a horrible statement to make.”
The president spoke about Pelosi in a phone interview on Fox News on Monday morning.

The president reminded the country what Pelosi was doing when the outbreak first hit the world.

“Don’t forget, she was playing the impeachment game, you know her game where she ended up looking like a fool,” Trump said.

The president recalled he received accolades for stopping travel from China to fight the virus at the end of January, something even some of his advisors believed was too strict.

“You would have had deaths like you’ve never seen before,” he said.