‘Let me get this straight … 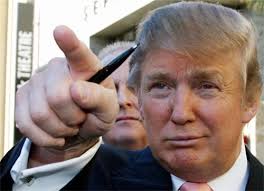 We’re going to be “gifted” with a health care plan we are forced to purchase and fined if we don’t. Which purportedly covers at least ten million more people, without adding a single new doctor, but provides for 16,000 new IRS agents, written by a committee whose chairman says he doesn’t understand it, passed by a Congress that didn’t read it, but exempted themselves from it, and signed by a President who smokes, with funding administered by a treasury chief who didn’t pay his taxes, for which we’ll be taxed for four years before any benefits take effect, by a government which has already bankrupted Social Security and Medicare, all to be overseen by a surgeon general who is obese, and financed by a country that’s broke!

What the Hell could possibly go wrong?’