Donald Trump : Demands Americans with Ebola be denied treatment in US 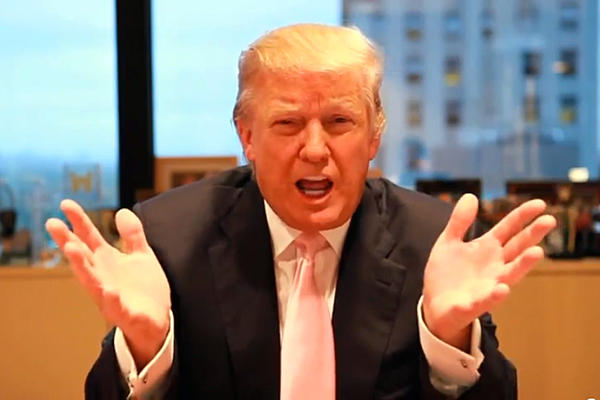 “Thursday evening, Trump tweeted: “Ebola patient will be brought to the U.S. in a few days – now I know for sure that our leaders are incompetent. KEEP THEM OUT OF HERE!”This morning he added: “Stop the EBOLA patients from entering the U.S. Treat them, at the highest level, over there. THEUNITED STATES HAS ENOUGH PROBLEMS!” Officials hope to bring both Americans to Emory University in Atlanta which offers state-of-the-art facilities for treating highly infectious diseases.In an interview with NBC’s Matt Lauer, Dr. Nancy Snyderman said that treatment facilities in Liberia are “rudimentary at best.”“So if you can safely transport someone to a high-tech, fabulous medical center, where they are isolated from the general population in a really contained room and save their lives, that’s what doctors are talking about and that’s why Emory and the CDC are talking about making this move,” she explained.Despite the fact that Ebola is not an airborne disease and can only be contracted via physical contact or body fluids, Trump seemed to be attempting to whip up hysteria over the possibility that the epidemic, that has claimed 729 lives in West Africa, is coming to the U.S.”http://www.rawstory.com/rs/2014/08/01/do…ent-in-us/