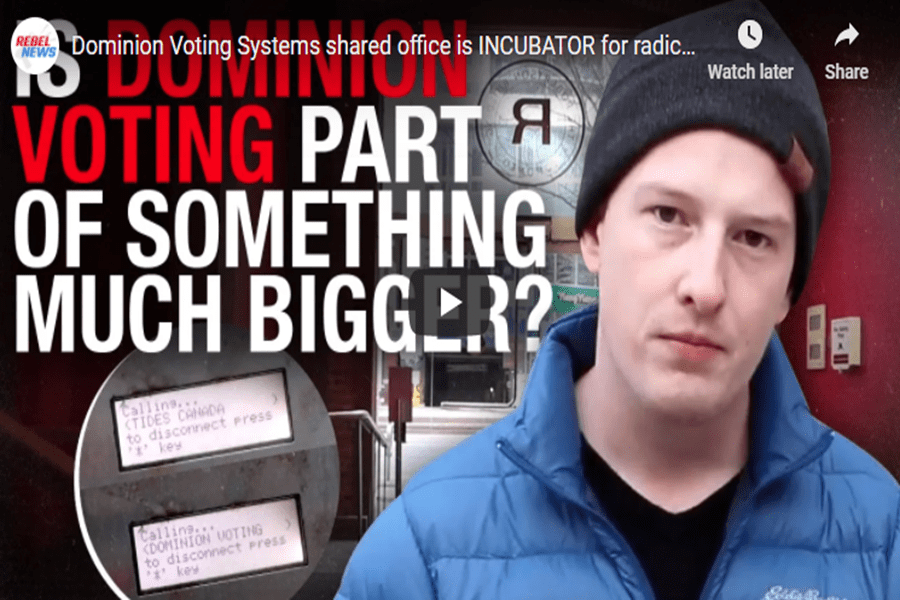 The fearless source of news, opinion, and activism that you won’t find anywhere else.

We spoke to building agents while posing as prospective tenants, and while undercover we learned that the building where the supposedly impartial Dominion Voting Systems operates is actually an incubator for social justice groups and causes.

As it turns out, Dominion Voting shares a mailroom with not just the Tides Foundation, but also Jantzi Sustainalytics — a corporate governance watchdog; Springtide Resources — a non-violent crisis intervention and anti-domestic violence agency which eded its programming in March 2020; AWID — a gender activist group; Teach for Canada — Indigenous activist teachers; and AV Communications — a minority-focused advertising agency.

The list goes on… but the anchor tenant of the building remains Dominion Voting. Given this information, how can anyone consider the election vendor to be impartial and neutral?

Dominion Voting has come under fire after their vote tabulation machines created a 6,000 vote swing in a single Michigan state county. The same machines and software were used in every single county in Georgia and in several other swing states that just sent their electoral votes to Joe Biden (for now).

Were the radical employees of George Soros able to access the same desks, filing cabinets, servers, and Wi-Fi of Dominion Voting? Are any extra security protocols taken to ensure no voting data or proprietary information is breached? Of all the office space in the world, why has Dominion Voting occupied that office space since 2013?

Rebel News called Dominion Voting and the Tides Canada office several times, and spoke with employees outside of their offices.

In all cases, they either refused to pick up the phone and answer our questions. We left messages and will update this story if they ever get back to us.

Dominion Voting’s website features a string of denials to the mounting mainstream coverage of voter fraud in the American Election. On it, Dominion states “Dominion has no company ownership relationships with any member of the Pelosi family, the Feinstein family, or the Clinton Global Initiative,” this is despite the fact that they donated tens of thousands of dollars to the Clinton-operated charity.

Dominion also maintains that “assertions of voter fraud conspiracies are 100 per cent false.”

Tides Canada, which recently changed its name to Make Way, is an extreme left eco-radical charity that directs cash supplied by George Soros to smaller groups and organizations to advance the globalist agenda of Soros.

Make Way denied that they even knew who Dominion Voting was before now. They also claim that they have no association with Soros, despite the fortune he donated to Tides.