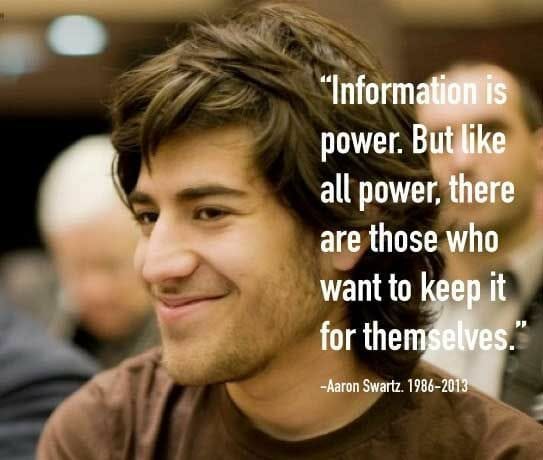 Shocking new documents obtained by Gizmodo reveal that Reddit co-founder and famed digital activist Aaron Swartz was caught up in warrantless FBI email data collection which would later be used against him in an unrelated case. Swartz is widely recognized as the face of everything wrong with the Computer Fraud and Abuse Act. In 2013, Swartz […]

In 2013, Swartz killed himself after being aggressively prosecuted for downloading academic articles from a subscription-based research website JSTOR – at MIT, his university – with the intention of making them available to the public. He was facing 35 years in prison for his efforts to open access to scientific publications to wider audiences.

“Information is power. But like all power, there are those who want to keep it for themselves,” Swartz wrote in his Guerrilla Open Access Manifesto. “Forcing academics to pay money to read the work of their colleagues? Scanning entire libraries but only allowing the folks at Google to read them? Providing scientific articles to those at elite universities in the First World, but not to children in the Global South? It’s outrageous and unacceptable.”

The newly released documents reveal that in 2008, roughly five years prior to the case that would ultimately lead to him taking his own life, his emails were caught up in an investigation into al Qaeda. More at Source. TWT 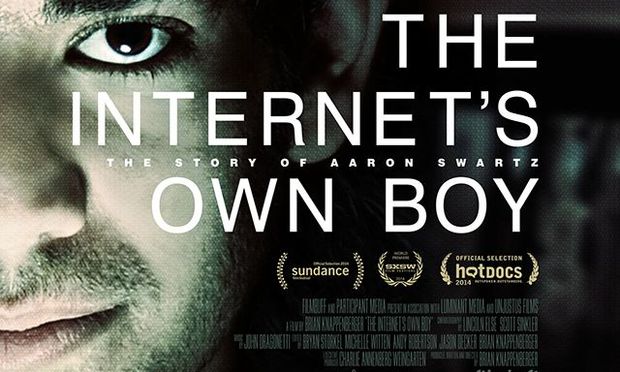 A compelling documentary on the life of the activist, The Internet’s Own Boy: The Story of Aaron Swartz, can be viewed in its entirety here:

This is the FULL MOVIE! – The Internet’s Own Boy depicts the life of American computer programmer, writer, political organizer and Internet activist Aaron Swartz. It features interviews with his family and friends as well as the internet luminaries who worked with him. The film tells his story up to his eventual suicide after a legal battle, and explores the questions of access to information and civil liberties that drove his work. Director / Producer: Brian Knappenberger

This movie is made available under the Creative Commons license: Attribution-NonCommercial-ShareAlike 3.0 Unported http://creativecommons.org/licenses/b… Remix, transform and build upon the material as you like Please support the creators of this movie! Rent it on iTunes, Google Play, Amazon Instant, XBox Video, Vudu, Sony Entertainment Network or other platforms or see it in the cinema. http://www.takepart.com/internets-own… you can also load the full movie here: https://archive.org/details/TheIntern…