Comey & Mueller ‘Funneled Billions in FBI Contracts To Enrich Themselves’

Seamus Bruner of the GAI, and author of Compromised: How Money and Politics Drive FBI Corruption, has exposed the real reason Comey was paid upwards of $6 million a year by his new employer Lockheed Martin.

Together with GAI President Peter Schweizer, Bruner has discovered a trail of lucrative FBI contracts that were funneled from then-director Mueller to Comey’s new firm.
Federal contracts worth $100 million plus, with one contract worth $1 billion, were snatched from competitors such as IBM, in favor of Comey’s tech giant employers, according to the two Government Accountability Institute officials.

Bruner and Schweizer lifted the lid on the scheme during Breitbart News Tonight with hosts Rebecca Mansour and Joel Pollak.

Bruner and Schweizer investigated what they described as a “revolving door” of “cronyism” within the federal government’s national security and intelligence apparatuses.

The pair focusing on the monetization of security clearances that are held by former administration officials, such as John Brennan and James Clapper.
Bruner noted the growth of Comey’s net worth between 2003 and 2009 after Comey left the Department of Justice to join Lockheed Martin as senior vice president and lead counsel.
“It doesn’t really make much sense why [Lockheed Martin] would pay [James Comey] upwards of six million dollars in a single year,” assessed Bruner.

“But one reason — aside from his security clearance — is that his buddy Robert Mueller is running the FBI.
“They begin passing 100-million-dollar-plus contracts to Lockheed Martin.”
Per
Bruner continued, “One of these contracts was actually worth a billion dollars, and it was protested formally by the other bidder: IBM. …

“The contracts flowed from Robert Mueller’s FBI to James Comey’s private sector employer, Lockheed Martin, and James Comey made many millions over a short period of time.”
Bruner described Comey as “one of the prime examples of this kind of cashing in on government contacts.”

“We followed the money and realized that James Comey made well over ten million dollars from when he left the public sector in 2005 and by the time he returned to serve as FBI director [in 2009],” said Bruner.

“The American people are very thankful to people that are out on the battlefield fighting terrorist organizations or rank and file FBI who are tracking down terror cells in the United States,” said Schweizer.

“There are people that make a lot of sacrifices that never cash in the way that Jim Comey has, but Jim Comey wants to be treated as the rank and file FBI agent who just diligently did his job and performed a public service.”

Copyright Disclaimer: Citation of articles and authors in this report does not imply ownership. Works and images presented here fall under Fair Use Section 107 and are used for commentary on globally significant newsworthy events. Under Section 107 of the Copyright Act 1976, allowance is made for fair use for purposes such as criticism, comment, news reporting, teaching, scholarship, and research. 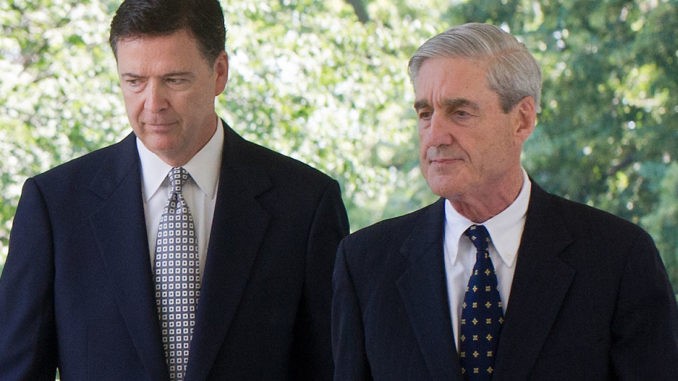