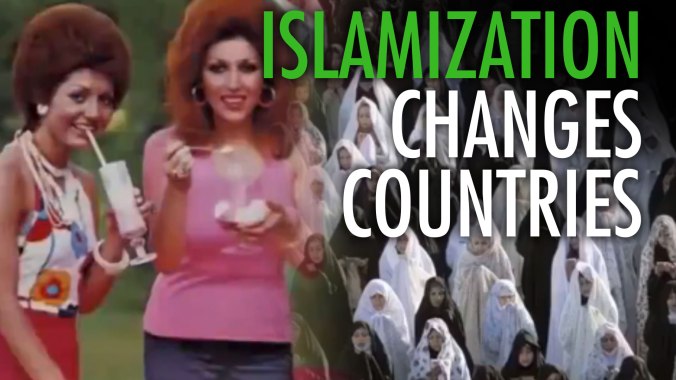 For the first time in its history, the Detroit school district will recognize a Muslim holiday.

For the first time in its history, the Detroit school district will recognize a Muslim holiday.

The school board Tuesday adopted the calendar for the 2019-20 school year that includes the observance of Eid al-Fitr on May 25, 2020, which would already have been a day off for Memorial Day, and on May 26, 2020 (a proposed professional development day for teachers). It will give students more time to observe the holiday that marks the end of Ramadan.

[PS: Ramadan is the month of JIHAD]

The day of observance was among the highlights of the new calendar, which also includes an early start to the school year, more teacher training days, a shorter mid-winter break, and several days built in at the end of the academic year for snow days.

Muslim students have been pushing officials to recognize the Eid holidays, like other nearby districts, such as Dearborn Public Schools, the Crestwood School District, and Hamtramck Public Schools.

Among those advocating for this day off was Mohammad Muntakim, a sophomore at Cass Technical High School and president of the school’s Muslim Student Association, who noted in a January opinion piece in the Detroit Free Press that the district already recognizes other religious holidays. Like most districts, Detroit typically schedules time off in December, around Christmas. The district also generally schedules Spring Break to coincide with the Holy Week that occurs before Easter, though that didn’t happen this year.

“By contrast, we Muslims are obligated to miss school in order to commemorate our sacred holidays, even though the district includes a large population of Muslim students,” he wrote. “That leaves us behind our classmates, and we are forced to catch up for doing nothing more than observing our religious holidays.”

Of the Muslim Eid holidays, only Eid al-Fitr falls on a school day during the 2019-20 academic year.

The board’s decision “recognizes the diversity of our school communities and is a way of celebrating that diversity,” said Rima Meroueh, manager of advocacy and community engagement at the Arab Community Center for Economic and Social Services, based in Dearborn.

But the decision is also important on two other fronts, she said. Muslim students, she said, already tend to take a couple of days off school to recognize the holiday.

“It decreases the likelihood that children and their parents have to choose between their deeply held beliefs and their education,” Meroueh said.

The decision is also important, she said, given Muslim students are increasingly hearing anti-Muslim sentiments.

“This sends a critical message to our Muslim-American children that they belong here, that they’re important.”

Or it sends a message that when Muslims invade a country, they Islamize it.

What percentage of students are Muslim? The Muslim Brotherhood-found Muslim Student Association doesn’t tell us.

They, and chalkbeat.org, also don’t tell readers that the MSA is a notorious jihad incubator with dozens of alumni convicted of terrorism or died waging jihad – see The growing list of Muslim Student Association (MSA) terrorists.