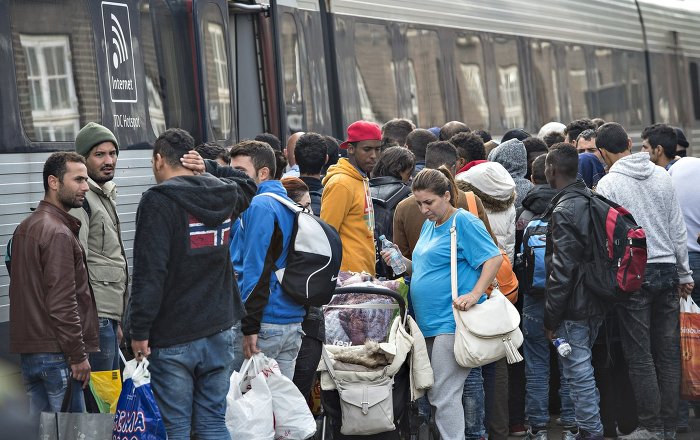 Not content with designating a uninhabited island to host migrants pending deportation, Denmark is mulling over building special prisons abroad. Lithuania is one of the East European nations that Denmark is currently negotiating with in order to place criminal migrants sentenced to expulsion.

Not content with designating a uninhabited island to host migrants pending deportation, Denmark is mulling over building special prisons abroad. Lithuania is one of the East European nations that Denmark is currently negotiating with in order to place criminal migrants sentenced to expulsion.

According to Denmark’s new policy, criminal foreigners sentenced to expulsion should be imprisoned abroad, Danish Radio reported, citing negotiations that are underway to put this plan into action.

“As soon as possible and by the end of 2019 at the latest, an agreement with a partner country to establish Danish prisons abroad, so criminals sentenced to expulsion will serve their sentences abroad rather than encumber the Danish prison service and Danish society”, the Danish draft budget said.

A brand new prison outside of Lithuania’s capital, Vilnius, may end up hosting foreign criminals convicted in Denmark, an anonymous source told Danish Radio. None of the sources wished to appear on behalf of the government, fearing that it could hurt negotiations if Lithuania was to show “great interest” in Denmark’s proposal.

The new prison will house Lithuanian citizens and foreign criminals from countries who have special agreements with the Lithuanian state.

Preben Bang Henriksen, the legal spokesman of the ruling liberal-conservative Venstre party, went so far as to say that the prison should be established “in one of the Baltic countries”. He also said that putting foreign criminals in foreign prisons will “send an important signal”.

“I am absolutely sure that they would most gladly serve their sentence in a Danish prison, but we have many others who need this room”, Preben Bang Henriksen told Danish Radio.

Martin Henriksen, the foreign spokesman of the right-wing Danish People’s Party (DF), currently Venstre’s support party, voiced his full support for the plan. A prison in Eastern Europe has long been on DF’s wish list.

“It’s no secret that we want Denmark to buy or rent a prison in an Eastern European country, where the standards are significantly lower than in Denmark”, Peter Kofod Poulsen said.

Lithuanian Justice Minister Elvinas Jankevicius confirmed the Danish interest, but stressed that Lithuania has no plans to build an extra prison, as the country’s parliament is sceptical about it, Danish Radio reported.

According to Danish Radio, Romania, which was visited by a Danish legal delegation last year, is another candidate.