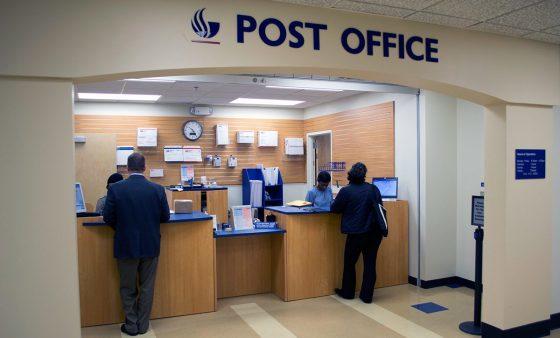 Imagine a bank with all the bureaucracy of the United States Post Office AND all the financial savviness of the U.S. government. If you like that idea, you’ll just love Democrats proposal to bank at your local post office.

Socialist lawmakers including U.S. Senator Bernie Sanders and U.S. Representative Alexandria Ocasio-Cortez want Americans to be able to visit their local post office for their banking needs, according to a report by Fox News. Oh, the future looks so bright for this country, huh?

Sanders, an independent from Vermont, and Ocasio-Cortez, a New York Democrat (both tyrannical socialists), see “postal banking” as a potential solution for the estimated 32.6 million U.S. households that are “unbanked” or “underbanked,” meaning they don’t have a checking or savings account and often turn to services like check cashing or payday loans that can harm them financially in the long term. But most of the “underbanked” have chosen to do so and won’t use the Post Office for banking even if leftists insisted.

The reasons most people choose not to use a bank would not be fixed by the Post Office, but amplified.  The Post Office is hardly in a position to become a bank because they lose so much money. The only reason it even exists is that it’s a government agency.  No business could operate like the Post Office and remain afloat.

Socialism has some horrible ideas, and while this one’s not up there with democide, it’s still pretty bad.

But still, socialists insist poor people should bank at the Post Office.  Perhaps Bernie Sanders should lead by example and use the Post Office as his primary bank.  But the multi-millionaire won’t do so, because he’s a hypocrite socialist.

But besides all these facts, this suggestion is stupid for statistical reasons as well. Market Watch reported that new research shows that only a small segment of the population lives closer to a post office than they do a bank, limiting the benefits postal banking could bring. Only about 20% of counties nationwide have more post office locations than they do bank branches, according to a recent study from Ken Tumin, founder of the banking website DepositAccounts, a subsidiary of LendingTree. And these counties are home to just 7.2 million people, roughly 7% of the country’s population. As for the number of counties that have a post office but no bank, the number is even smaller. This is true of roughly 1% of counties across the country and a mere 207,000 people, less than 1% of the nation’s population, live in them.

“Post offices are a less convenient option for most Americans,” Tumin wrote. “However, this fact does not mean the financial and banking needs of a substantial number of adults are well-served.” Besides, more and more people have access to a smartphone or the internet these days, and online banking is more readily available to a wider swath of the population, leading logical humans to question the need for postal banking as a solution.

The U.S. Postal Service is viewed as a good conduit for banking services in part because it already offers some financial services, including money orders and cashing of Treasury checks. There we go! So let’s get the government involved in banking like as they did with student loans.  Look how that turned out.  Only socialists can come up with ideas this completely and epically disastrous for civilization.

Let the government control your money! Look how good they are with the money they steal!

This isn’t a joke either, although it should be! There are actually politicians actively working to make this country look like Venezuela!