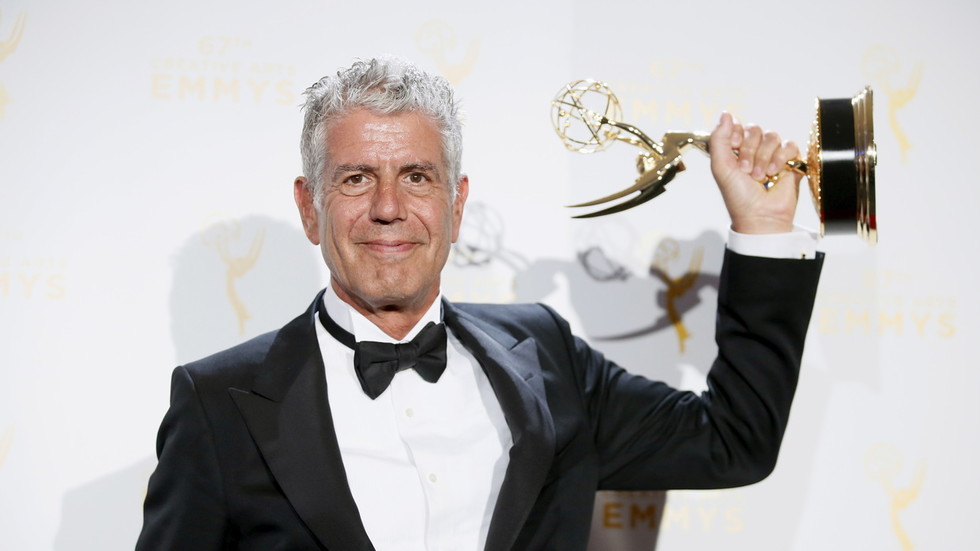 Artificially generated ‘deepfake’ audio used to replicate Anthony Bourdain’s voice in a new documentary has triggered backlash, as the celeb chef’s widow says she did not sign off on the AI voice, contrary to the director’s claim.

Artificially generated ‘deepfake’ audio used to replicate Anthony Bourdain’s voice in a new documentary has triggered backlash, as the celeb chef’s widow says she did not sign off on the AI voice, contrary to the director’s claim.

The new film on Bourdain’s life, ‘Roadrunner’, premiered on Friday, but was quickly overshadowed by controversy after director Morgan Neville let slip that some portions of the documentary narrated in Bourdain’s voice were generated by artificial intelligence, also known as ‘deepfake’ technology.

While Neville later insisted that he approached Bourdain’s widow, Ottavia, and his literary executor “to make sure they were cool” with the decision, the chef’s estranged spouse took Twitter on Friday night to deny that claim, saying, “I certainly was NOT the one who said Tony would have been cool with that.”

I certainly was NOT the one who said Tony would have been cool with that. https://t.co/CypDvc1sBP

Though ‘Roadrunner’ features less than 60 seconds of faked audio, and only narrates Bourdain’s words taken from his own writings and emails, the fact Neville used AI to effectively speak for the dead did not sit well with critics online. Some even demanded a boycott of the new documentary.

“Anthony Bourdain was very intentional about the words he chose and very particular about how he said them, so for a documentary to artificially use his voice is deeply f***ed,” wrote one irked observer.

I saw a clip and was like NOPE. It feels like cashing in on his life instead of celebrating it. Just feels wrong.

With the exception of one line excerpted from a Bourdain email before his 2018 suicide, Neville has kept mum about exactly what dialogue was faked, telling the New Yorker, “you probably don’t know what the other lines are that were spoken by the AI, and you’re not going to know.” He added, “We can have a documentary-ethics panel about it later.”

Impatient critics decided to hold their own ‘ethics panel’ sooner than later, however, and many voiced deep moral qualms about faking a dead man’s voice. Some argued the use of Bourdain’s private correspondence crossed yet another line, while a third objection came over the fact that ‘Roadrunner’ does not disclose its use of deepfake tech to viewers.

“This producer’s attitude is unethical and disgusting,” another user said, apparently referring to director Neville. “Deepfaking Bourdain and deliberately not informing the audience in what’s supposed to be a serious documentary. Then hiding behind the skirt of ‘the family’ to excuse your behavior…”

This feels unethical to me maybe? https://t.co/9rHUJPU0X6

The unethical part is not the AI; it is the incorporation of emails that were not intended to be public.

That Morgan Neville doesn't alert the audience that they're listening to a simulated voice and not #Bourdain seals the deal for me. This is creepy and unethical. https://t.co/05puBsTeWl

Perhaps best known for his food-centered globetrotting – captured in hit TV shows ‘No Reservations’ and ‘Parts Unknown’ – Bourdain made his television debut with 2002’s ‘A Cook’s Tour’, which ran for 35 episodes and provided a model for his later, more successful programs. He also published several bestselling books, beginning in 2000 with ‘Kitchen Confidential: Adventures in the Culinary Underbelly’. Bourdain took his own life in June 2018 while on location in France to film for ‘Parts Unknown’, leaving behind widow Ottavia, from whom he was separated in 2016, the couple’s daughter, Ariane, and his partner Asia Argento.