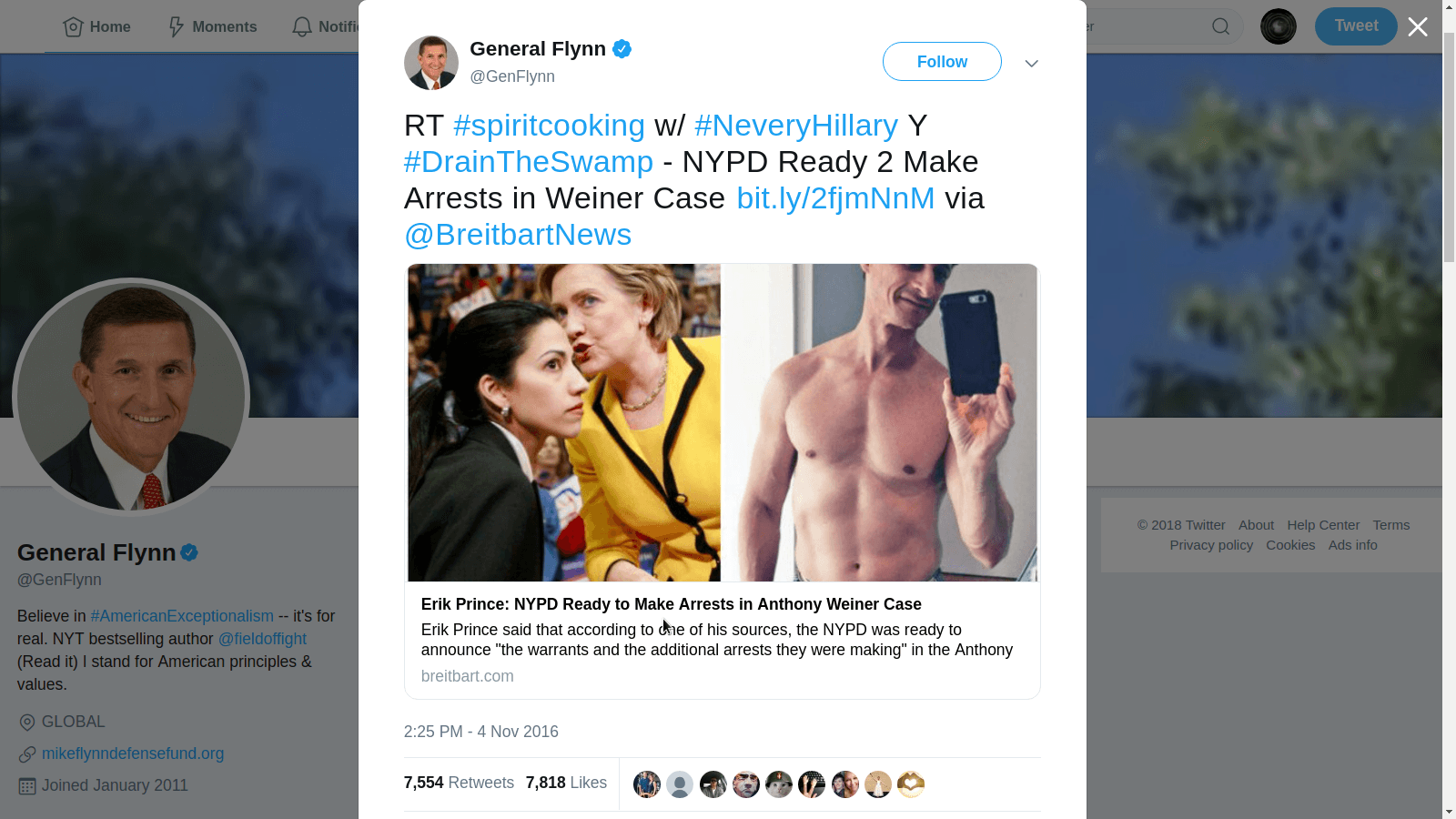 Look at it realistically. Started with Erik Prince. He leaked about a week before the election Anthony Weiners laptop contained “insurance policy” that had video’s of Hilary having sex with kids. MSM wouldn’t touch it. Didn’t call him a tin foil hat conspiracy theorist. Not a word. Completely ignored it.

After that Gen Flynn tweeted about it. The former director of Military intelligence. Let that sink in for a moment.

Someone who knows way more than us. He retweeted that, as a Trump cabinet member appointee. Trump didn’t ask him to delete it. FBI does background checks and check social media. They didn’t ask him to delete it. Most importantly, LIBERAL cabal owned MSM scours over every Trump cabinet member’s social media. Reads every tweet to try and find one that’s not politically correct.

Why didn’t they mention that tweet? Why didn’t they call him a tin foil hat wearing conspiracy theorist that re-tweeted fake news a few days before the election so Hilary would lose?

Why? Because the shit MSM ignores is 100% true. If they didn’t think it was. They would of blast it 24/7 instead of ignoring it. 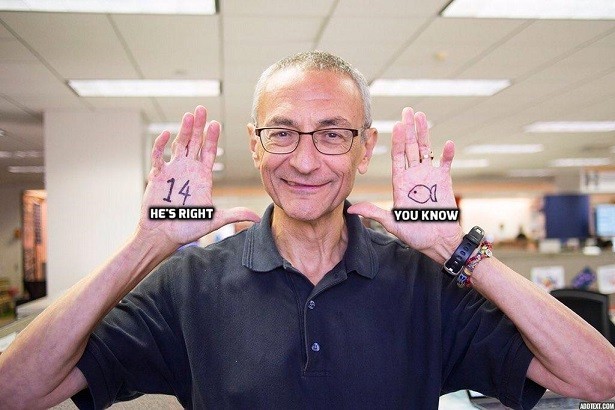