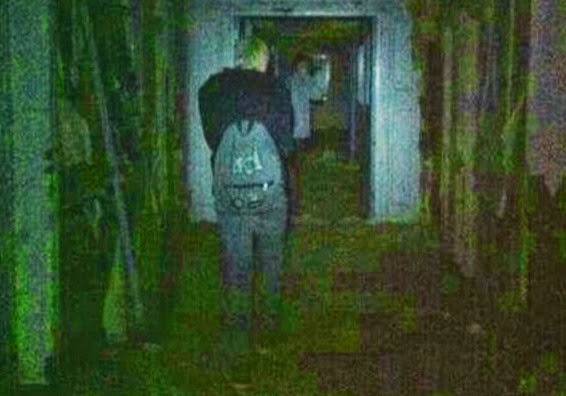 A woman exploring a derelict hospital was left stunned after a photo she took in the spooky building appeared to show the ghostly figure of a doctor.

Jamie-Leigh Brown, 21, was walking the abandoned corridors of St Thomas’s Hospital in Stockport – which closed down in 2004 – when she took the chilling picture.

She did not check the photo at the time as she and her and friends were too concerned with the footsteps they were hearing above them – despite the hospital having no usable staircases…. http://www.dailymail.co.uk