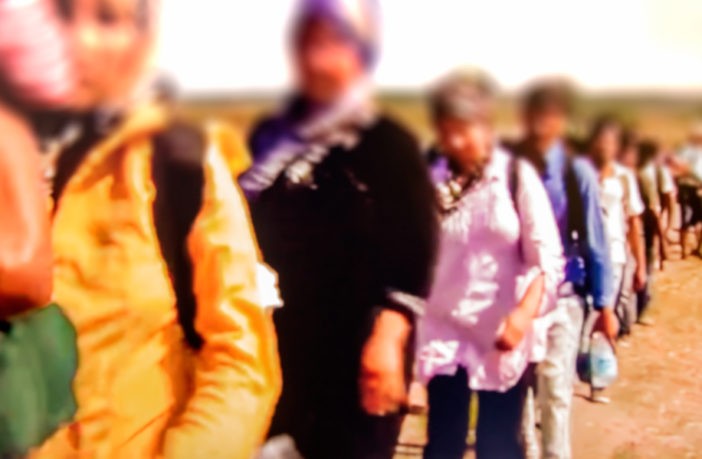 According to the Greek MP Christos Chatzisavvas, of the Greek nationalist party Golden Dawn, the airport of Polycastro has been illegally transformed into a refugee camp by the NGO “Danish Refugee Council”.

According to the Greek MP Christos Chatzisavvas, of the Greek nationalist party Golden Dawn, the airport of Polykastro has been illegally transformed into a refugee camp by the NGO “Danish Refugee Council”.

The MP filed a question to the competent ministers, in which he quotes a press release of the Polykastro Air Force Training Academy.

Specifically, the Academy states that since 1986 the Hellenic Army Air Force has reserved the Polykastro Airport for the local Airforce Academy, in order for them to undertake their military exercises.

However, the Hellenic Defence ministry kept the right to use the runway of the airport only for training purposes.

Polykastro Airforce Academy claims that the airfield has been illegally turned into a refugee camp since February 2016 by the NGO “Danish Refugee Council” covered up by the Hellenic Defence Ministry.

As a result, the Academy and ten other Academies have lost vital assets and stopped their training activities. The Polykastro Airport is the only authorised airport for private use in Northern Greece and the blow to the local economy is devastating!

It seems that the NGO’s in Greece are beyond the law. Greeks are watching their own government covering the illegal activities of the NGO’s. 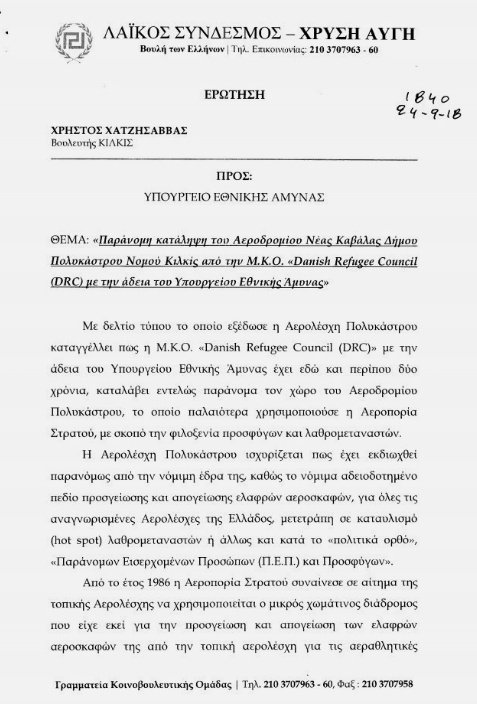 Question for the minister (First page)