News from Elsewhere…
..media reports from around the world, found by BBC Monitoring 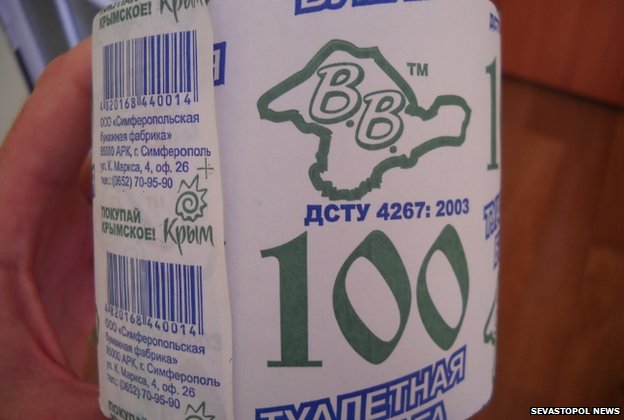 The locally-made toilet paper (B.B. is V.V. in the Cyrillic alphabet) has caused complaints

A
brand of toilet paper is causing a stir in Crimea because its name has
the same initials as Russia’s president, it’s been reported.
The “V.V.” brand toilet paper has been criticised by
customers in Simferopol because it alludes to “Vladimir Vladimirovich”,
the first two names of Russian President Putin, Radio Free Europe says.

The Sevastopol News newspaper
said that one user was “outraged” at the fact that the maker of the
product – the Simferopol Paper Mill – had included an outline of the
Crimean peninsula on the roll, the implication being that the map would
be put to a potentially disrespectful purpose. However, the toilet roll
may just be the result of local patriotism – the packing also says “Buy
Crimean!” in large letters. 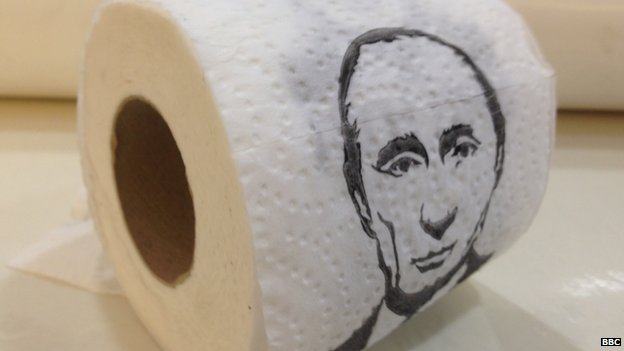