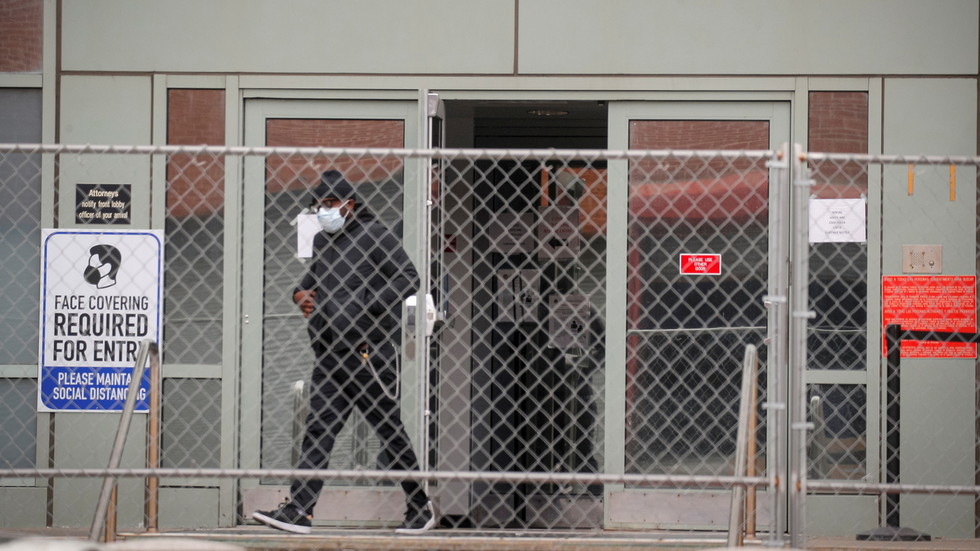 A New York state lawmaker has introduced a bill that would allow the government to detain people deemed a potential public health risk, amid concerns that the Covid-19 crisis is being allegedly used to usher in authoritarianism.

Authored by a Democratic member of the New York State Assembly N. Nick Perry, Bill A416 calls for the “removal and/or detention” of individuals who are identified as a “case, contact or carrier” of a contagious disease.

Such person or group of persons shall be detained in a medical facility or other appropriate facility or premises.

The sweeping powers would be employed in the event of the state government declaring a health emergency due to an epidemic of any communicable disease, the bill proposes. The legislation states that the government must provide “clear and convincing evidence” that the health of others is in danger before ordering a person or group to be detained. People being “removed” will have the right to legal representation and are allowed to supply the telephone numbers of friends or family to receive notification of the individual’s detention.

The law apparently allows the governor or health official to unilaterally approve such detentions but a court order is required within 60 days of confinement, and judicial review is also required if the individual is still in detention after 90 days.

Citizens that are placed in detention will be released once health authorities determine that they are no longer contagious, the proposed law states.

The bill also allows the governor or relevant health authorities to require people deemed potential health risks to submit to medical examinations as well as undergo a “prescribed course of treatment, preventative medication or vaccination.”

The law does not specifically mention coronavirus. On his website, Perry says A416 “Relates to the removal of cases, contacts and carriers of communicable diseases who are potentially dangerous to the public health.”

In fact, the Democratic lawmaker introduced a nearly identical bill during the 2015-2016 legislative session, but it appears to have gone nowhere.

The current iteration of the proposed law will be reviewed by the assembly’s health committee next week.

Although the legislation is still a long way off from adoption, it
caused considerable consternation on social media.

“I knew Cuomo was a bit of an authoritarian anti-Semite but I never thought the state would go literal Nazi,” Conservative commenter Ian Miles Cheong wrote, referring to New York governor Andrew Cuomo. The governor has previously been accused of imposing draconian crackdowns on New York City’s Jewish community, which has resisted many of the Covid-19 restrictions imposed across the state.

“This was a conspiracy theory, like many other things, 9-10 months ago,” noted a similarly outraged Twitter user.

This was a conspiracy theory, like many other things, 9-10 months ago.

This isn’t the first time that New York state lawmakers have been accused of promoting naked authoritarianism. Last month, Manhattan Democrat Linda Rosenthal introduced legislation that makes Covid-19 vaccinations compulsory “in certain situations.” It was specified later that any such mandate would apply to “all individuals or groups of individuals who, as shown by clinical data, are proven to be safe to receive such vaccine.”