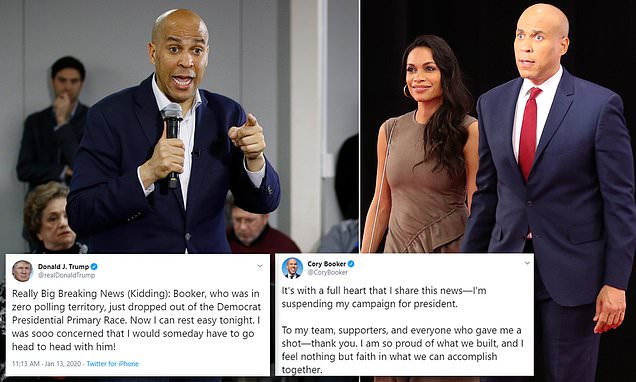 The 50-year-old represented one of the party’s few remaining opportunities to spotlight ethnic diversity in its quest to unseat President Donald Trump.

Cory Booker drops out of presidential race after polling less than 2 per cent as Democratic field gets smaller and whiter and Donald Trump mocks: ‘Now I can rest easy tonight!’