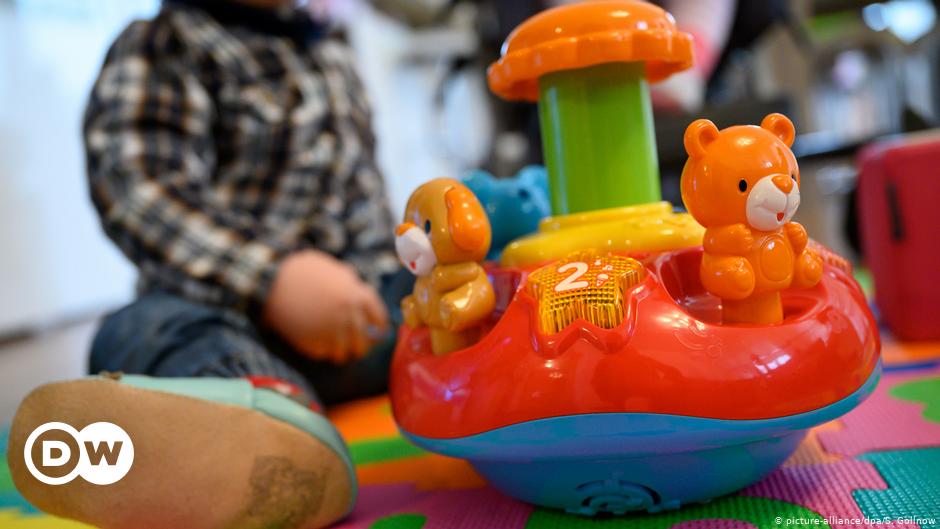 Some German parents have received orders to quarantine their children and isolate them from other family members — or face having them forcibly removed from home. A parents’ group said the demand amounted to “cruelty.”

At the end of July authorities sent home primary school children in the southwestern German town of Bruchsal after it emerged that their teacher turned out to be infected with COVID-19. In the western German district of Dreieich near Offenbach, a child of pre-school age was tested positive and sent home and the kindergarden shut down.

In both cases the children brought a note from the local health authority ordering the parents not only to make sure the children wore a mask at home but also to be completely isolated from other family members for the two-week quarantine period, including mealtimes.

Read more: Coronavirus and mental health: ‘We are not made for social isolation’

If parents were found to disobey these orders, the note said, the children could be forcibly removed by authorities and quarantined in an isolation facility.

The NGO “Families in crisis” was founded by parents in the western states of Hesse and North-Rhine Westfalia to join forces in response to corona regulations. Its members posted the letters on twitter.

“Families in Crisis” spokesperson Diane Siegloch said the order amounted to “cruelty” and a “threat to the wellbeing of children.”

She pointed to regulations in Denmark, where parents were explicitly encouraged to have physical contact with their children, to hold and hug them for comfort during quarantine times.

Read more: Schools in Germany reopen — but the coronavirus is not gone

The head of the children’s protection agency (Kinderschutzbund,) Heinz Hilgers, wrote that these orders were “disproportionate and unacceptable” and that regular quarantine requirements put families into a difficult situation anyway.

“We have been made aware of a case of one 8-year-old whose parents were explicitly told that the child would be removed from the home, if they refuse to comply with the isolation order,” he wrote.

Hilgers expressed alarm over any threat to remove children from their families and urged authorities to put the children’s interests first. “The parents can and should be included in any coronavirus quarantine measures affecting their children,” according to Hilgers.

Parents took to twitter to express their discontent. “So I will be forced to send my children to school, but if one of them catches the coronavirus there, I have to completely isolate it at home, or risk having it taken from me?” a user wrote.

Authorities in Offenbach and Karlsruhe reacted to the outrage on social media claiming to have been misunderstood and that there was no concrete plan to remove any child from its family without the parents’ consent.

We simply wanted to make sure that children do not spread the virus, the Offenbach health authorities wrote in a statement.

“Obviously parents may still look after their children,” the press release reads. “It is necessary to find realistic ways to ensure this. For example, it is preferable to minimize contact among siblings as much as possible.”

Under German law, “children may only be removed from their legal guardians and taken into custody in extreme instances when there is an extreme threat to the childrens’ health and safety and all other measures have failed,” lawyer Arndt Kempgens explained.

Authorities in Offenbach suggested that their information leaflet had been intentionally misunderstood. “We are obliged to mention the possibility of a fine if quarantine regulations are violated,” they wrote. “But of course parents can and should tend to their children.”

Local authorities have said that they are now reaching out to affected parents and families to explain the legal situation and disperse any concerns they may have.

Editor’s note: A previous version of this article has been withdrawn as it did not meet our editorial standards.

Source: Coronavirus: German parents angry at order to isolate their children | Germany | News and in-depth reporting from Berlin and beyond | DW | 06.08.2020

German parents being told to isolate their children at home in a separate room for two weeks, as young as three years old, even eating meals separate from them. If they do not they could have them forcibly removed. I don’t care what you believe if you stand for this you’re a fucking cretin.