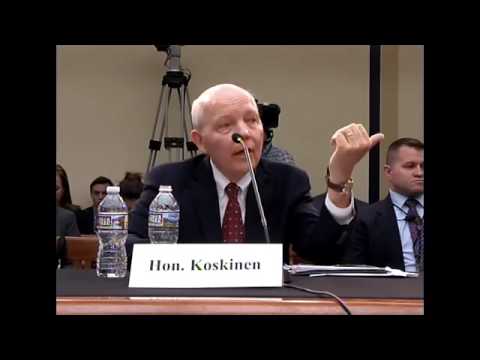 The IRS Commissioner Belongs in Prison 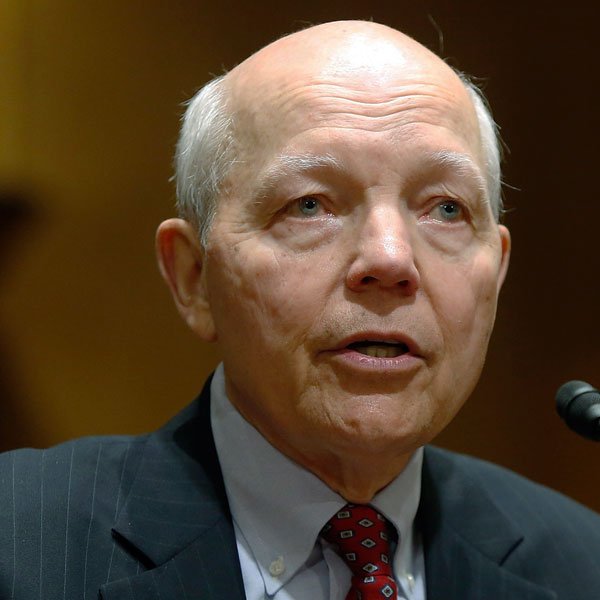 “Mr. Koskinen, that’s not what the United States Court of Appeals for the District of Columbia said. They just issued a decision on August 5, 2016, last month, and I just want to read from that decision.”

“The IRS has admitted to the Inspector General, to the District Court, and to this court that applications for exemption by some plaintiffs have never to this day been processed.”

“There are three cases out of the 145 that have not been processed because they are in litigation and our policy for years has been if you’re in a process and then you sue us we stop the process,” he explained. “But, those are three from four or five years ago. They are not new cases.”

“Yeah these guys have been waiting four or five, some cases six years, and, you know, I figured you would say that, and it doesn’t carry much weight with me, and it frankly didn’t carry any weight with the court.”

“Here is what the court said to that very argument. They said, the IRS is telling applicants in these cases, ‘We’ve been violating your rights, not processing your applications. You are entitled to have your applications processed but if you ask for that processing by way of a lawsuit, then you can’t have it.’ So the court wasn’t buying your argument. They don’t care what your internal policy is, they’re more concerned about people’s fundamental liberties and you guys continue to violate them.”

by KEVIN D. WILLIAMSON September 21, 2016 12:54 PM @KEVINNR That evidence did not destroy itself. I do not usually go out of my way to publicly disagree with National Review editorials, but I respectfully dissent from our piece calling for the impeachment of IRS commissioner John Koskinen.

He shouldn’t be impeached. He should be imprisoned. When the feds couldn’t make ordinary criminal charges stick to the organized-crime syndicate that turned 1920s Chicago into a free-fire zone, they went after the boss, Al Capone, on tax charges. Under Barack Obama, the weaponized IRS has been transformed into a crime syndicate far worse than anything dreamt of by pinstriped Model-T gangsters — because Al Capone and Meyer Lansky did not have the full force of the federal government behind them.

If you do not know the story — in which case, shame on you — a brief recap: After years of pressure from Democratic grandees including Senator Sheldon Whitehouse and Senator Chuck Schumer, the IRS began targeting conservative nonprofit groups for various kinds of illegal harassment. Applications for nonprofit status were wrongfully delayed and denied, while investigations into those organizations’ tax statuses were turned into partisan fishing expeditions in order to expedite harassment against donors, volunteers, and political activists.

This involved organizations that are under the law explicitly permitted to engage in political activity. Democratic officials at the state level joined in and continue to do so, with California attorney general Kamala Harris demanding donor lists from California-based nonprofits that came into her crosshairs — with no legal justification. This is a flat-out illegal campaign of criminal harassment and intimidation of political activists involving the criminal misuse of federal resources for illegal partisan political ends. And what is IRS Commissioner John Koskinen up to? Lying to Congress and overseeing the destruction of evidence. Every day this crime-enabling, justice-obstructing, lying, craven, tinpot totalitarian walks around in the sunshine is a day we should be ashamed to be Americans. Oh, but he’s sorry! So, so very sorry.