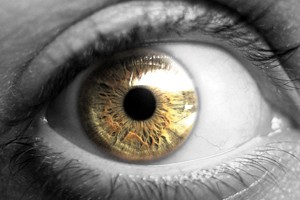 After several years of avoiding the subject — on Tuesday the Minneapolis Star-Tribune published a report on Ilhan Omar, her tax fraud crimes, her illegal use of campaign funds to cover travel costs and touched on her alleged marriage to her younger brother.

Investigative Journalist David Steinberg who has been covering the incredible story for years commented on the report today.
Much of the information has already been reported… by David.

Worse, it seems the @StarTribune made a perfectly irrational decision here: To try to rebuild trust with readers by:

1) Whitewashing its 3 years of failure on Omar, and
2) Not crediting the 3 reporters whose work they essentially steal here. https://t.co/hXKFnoQElJ

The Star-Tribune reported that the Omar campaign launched a concerted effort to quash details on her marriage to her brother.

Asked about using campaign money to take political trips, Omar said they were always approved by the Minnesota House, but then placed responsibility on her staff: “They always gave me an opinion that said, sure, this looks fine. Or at least that was my understanding that that’s what my staff was doing before they would commit me to doing anything.”

Carla Kjellberg, an attorney and political adviser during the crisis period, paints a different picture of Omar’s engagement level with details: “I did nothing, I want to make that clear, without Representative Omar’s authority. And she was in these meetings where those things were decided upon and I was directed to do that,” Kjellberg said during her own deposition.

Campaign e-mails disclosed by the campaign finance board also show a concerted effort to quash the Elmi story. An August 2016 internal e-mail written by campaign spokesman Ben Goldfarb, a veteran DFL operative, suggested reaching out to political newsletter writer Blois Olson “and shut it down with him as we do with the Strib.”

The Star Tribune wrote about the controversy the next day under the headline, “Marriage discrepancy clouds Ilhan Omar’s historic primary victory.”

Omar expressed frustration over the controversy again last October, telling the Star Tribune in an interview that like many refugees without birth certificates, “anybody can accuse me of whatever they want and I don’t have a way to defend myself.”

Obviously, Omar is afraid of the information on her wedding to her brother in 2009 to go public.

The Gateway Pundit was sent several updates on Ilhan’s story in the past two days. Our sources are hesitant to go public due to concerns of retribution from certain segments in the US Somali community.

What is interesting is that as Ilhan continues to deny her marriage to her brother there is clear evidence that she is lying.

The marriage certificate between her and Ahmed Nur Said Elmi has his birthdate as April 4, 1985. 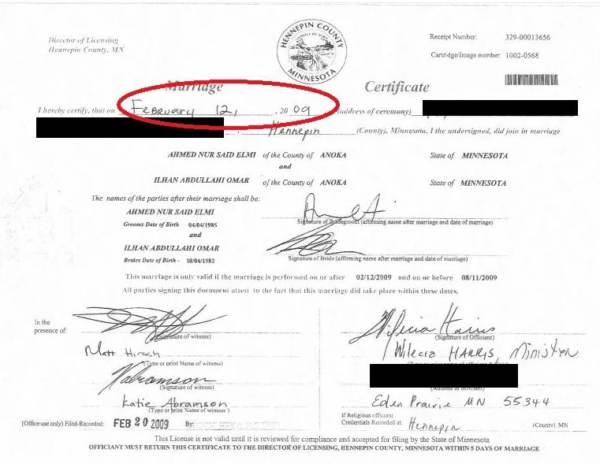 According to official student enrollment records archived by St. Paul Public Schools and the state of Minnesota, an “Ahmed N. Elmi” was enrolled as a senior in the Class of 2003 at Arlington Senior High School in St. Paul, MN, from September 6, 2002, until June 10, 2003. He graduated and received a diploma.

Both Ilhan Omar’s 2009 marriage documents and her 2017 divorce proceedings state that Ahmed Nur Said Elmi was born on April 4, 1985.

After an extensive background search, I have not been able to find any other person named “Ahmed Nur Said Elmi,” “Ahmed N. Elmi,” or even “Ahmed Elmi” with the birthdate April 4, 1985. The man Ilhan Omar married and the 17- to 18-year-old who attended Arlington Senior High School in St. Paul, MN, in 2002-2003 are one and the same.