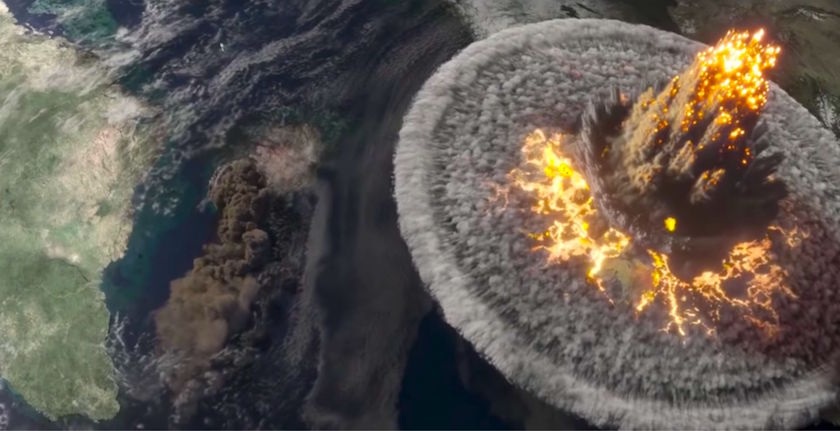 The trailer seems to have been subject to an internet scrubbing…

The trailer has arrived for Greenland, a movie that probably won’t do much to help you relax during this particular period.

The trailer has some eerie similarities to what’s been happening in our real world, as many of us looked at those early reports of COVID-19 with little concern and the subsequent media info has been frustratingly inconsistent. Still, this is a disaster movie, and on that simple end, it looks like a solid one. While the quality of the FX seem to vary, there appear to be some pretty big  disaster sequences amidst the ‘people be crazy during disasters’ drama. We’ll see.

Greenland had been scheduled to open in Australia on July 11th and the U.S. on July 12th, although who knows when it will be popping up at this point. Don’t be surprised to see a Digital release date announced soon. Source

A family fights for survival as a planet-killing comet races to Earth. John Garrity (Gerard Butler), his estranged wife Allison (Morena Baccarin), and young son Nathan make a perilous journey to their only hope for sanctuary. Amid terrifying news accounts of cities around the world being leveled by the comet’s fragments, the Garrity’s experience the best and worst in humanity while they battle the increasing panic and lawlessness surrounding them. As the countdown to global apocalypse approaches zero, their incredible trek culminates in a desperate and last-minute flight to a possible safe haven.