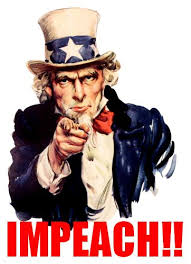 Obama’s contempt for us knows no bounds. His plan to suppress us is no longer constrained by the Constitution and the rule of law. Or so he hopes.

Although Obama is trying to empty Guantánamo Bay of real terrorists, it is still too small for Obama to house the millions of Americans who now realize that he is an illegal President and has committed felonies both before and after occupying the White House.

To facilitate the suppression of free speech and other Constitutional rights, the Obama White House has unveiled a new domestic terror strategy, which will be useful against Tea Party malcontents and supporters of Sarah Palin or Michele Bachmann.

According to the plan, local communities around the country are best suited to take on the challenge of combating the kind of violent extremism that inspires people to kill or oppose Obama’s policies. The strategy calls on federal agencies to help police, schools and community groups prevent violent extremism or the exercise of former Constitutional rights through the use of gulags and re-education camps.

Unfortunately for Obama, his co-conspirators and sycophants, the scam is starting to unravel.

The most pertinent questions in the coming months will be:

Obama is an illegal President according to Article II, Section I, Clause 5 of the Constitution and the binding precedent of Minor vs. Happersett (1875). There is no ambiguity, although those complicit in the fraud have deliberately provided information to mislead the American people.

The Supreme Court held that Mrs. Minor was a US citizen because she was born in the US to parents who were citizens and defined that category of citizen as “natural born.” The Court specifically avoided reference to the 14th Amendment upon which the Wong Kim Ark case was based. Minor vs. Happersett

Is it a coincidence that every President since the Revolutionary era has been a natural born citizen with the exception of Obama and Chester A. Arthur, who also hid his birth records?

There is now yet another detailed technical analysis of the PDF file the White House released on April 27, 2011 indicating that it is not a scan of the original document, as claimed by the White House, but instead is the final form of an electronic file used to forge the birth certificate on Adobe software.

Members of Congress will not investigate the overwhelming proof that Obama presented, on national television, a forged Certificate of Live Birth as an official record of his birth. They will not respond to evidence that Obama’s Selective Service registration is also a forgery and that his Social Security Number is illegal.

The list of the ignorant or Obama co-conspirators include: MORE HERE www.canadafreepress.com/index.php/article/39131