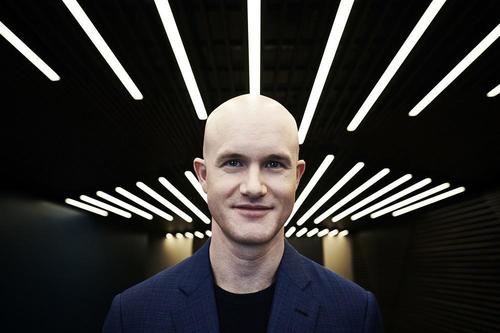 Bitcoin’s explosive price surge action in recent weeks has pushed the market cap over $1 trillion (currently $912 billion) and greatly benefited the cryptocurrency community. With cryptos all the rage today, investors are piling into the digital currency as a means of hedging against inflation sparked by the Federal Reserve’s endless money printing (brrr). The bull market in crypto has allowed the biggest and most established cryptocurrency exchange globally, Coinbase, to flourish in valuation as it nears IPO.

Reaping the rewards of a Coinbase IPO would be the company’s CEO Brian Armstrong who would receive a massive windfall of more than $3 billion. Running the numbers, that turns out to be more than $1 million per day for the next decade, according to company filings. Not a bad deal, right?

“The astronomical award is the latest example of so-called founder grants: big blocks of equity handed to founders of companies preparing to go public. Boards of startups typically say such deals are needed to keep the founders around, even though the IPOs often cement billion-dollar fortunes for the recipients through their ownership stakes,” according to Bloomberg.

The company filed its S-1 last Thursday, which offered the most insight into the firm’s financials. The company has 43 million verified users and worth over $100 billion. The filings also said the performance thresholds for Armstrong’s handsome award “are extremely rigorous and appropriately align” his incentives with shareholders. The company had a 2020 income of $322 million versus a loss of $30 million a year earlier.

“Following the IPO, the awards vest in six increments if Coinbase’s average share price over 60 days exceeds thresholds ranging from $200 to $400. The top target would be equal to a roughly 1,600% increase,” Bloomberg said.

Axios recently said an unidentified buyer bought 127,000 shares of Coinbase in a private transaction for $373.

Armstrong’s options are valid for ten years. Upon going public, after selling restrictions are lifted, we would assume the CEO would already have a predetermined number of shares sold at the predetermined time under Rule 10b5-1, established by the Securities and Exchange Commission.