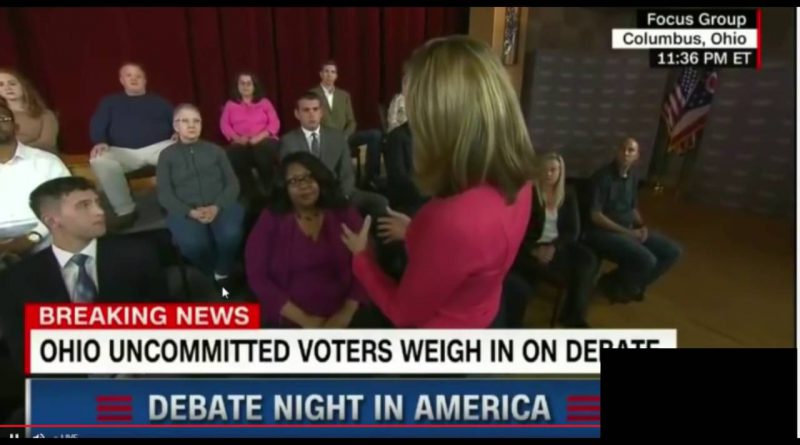 Listen to the hot mic. The CNN focus group person tells the lady what to say.

“The entire segment was really bad. Like they were trying to get caught. FB and twitter were all over it talking about how staged it looked. It was really obvious.”

“For the poll (not focus group) they just once mentioned there were more democrats polled than republicans. Knowing that, how can they call it scientific poll?”

“After CNN was singled out by Trump for their political bias several month ago, that two-bit cable channel has taken the gloves off and been nakedly unashamed in the slant of its litardism, more now than ever before.”