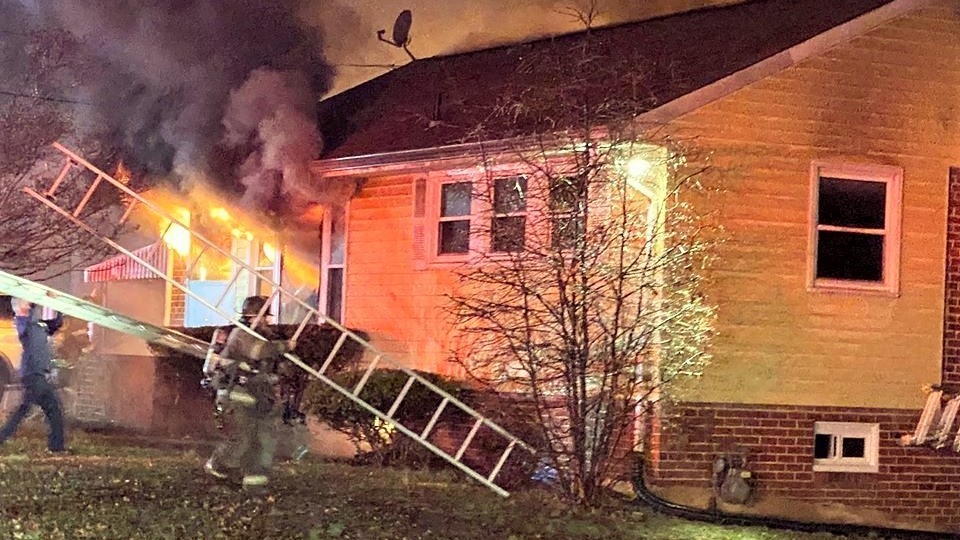 According to news reports, a spokesman for Maryland’s Prince George’s County Fire/EMS Department confirms that volunteer firefighters did not have staffing at the three closest stations to a deadly fire yesterday (Saturday). The staffing concerns were made public by IAFF Local 1619 when the union posted the information on Facebook a little more than three hours after the fire broke out. Two residents of the home were pulled from the basement by firefighters from Truck 809 (Bladensburg VFD). One of those people died. In addition a firefighter was injured.

*Units Out of Service, Unavailable to respond on fatal House fire*

This evening, a little after 6 PM, Public Safety Communications began receiving reports of a house on fire with people trapped inside of the burning home. Fire fighters were dispatched to respond to the 6400 Block of Inlet Street in West Lanham Hills. Eight minutes after dispatched Truck 809 from Bladensburg arrived on scene to find a house engulfed in flames. Fire Fighters from Blandensburg Station 809 and Landover Hills Station 830 began an aggressive search and interior attack of the fire. Two victims were removed from the home, unfortunately one of the victims has succumbed to their injuries. Fire Fighters are still on scene at this time.

The first arriving units were delayed to this emergency. The closest three firehouses were out of service due to no staffing and unavailable to provide service at the time of this house fire.

Firefighters’ union IAFF Local 1619 claims that the fatal fire had a delayed firefighter response due to the fact that the closest three stations are out of service due to no staffing.

A PIO for the fire department says that volunteer fire companies were not staffed on Saturday evening.

U/D to 6400 block of Inlet St: one of the adult patients rescued from the fire has succumbed to their injuries & been pronounced deceased at the hospital. @PGPDNews is opening an investigation

Truck Co. 9 is currently operating in the 6400 block of Inlet Street in 48’s area for a house on Fire with people trapped. Truck 9 has made two rescues from side Charlie, more updates to follow. ?: last three phots thanks to Co.33