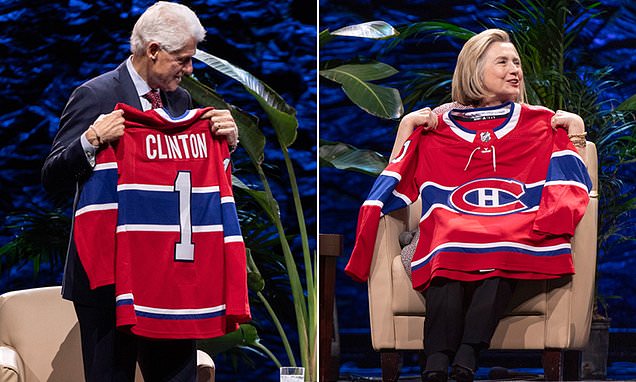 Clintons say America should be more like Canada: Bill and Hillary are presented with personalized Montreal Canadiens jerseys and urge Trump to follow northern neighbor’s economic and immigration model